Kids at WakeMed Hospital in Raleigh, NC got a surprise visit from superheroes!  Batman, Spiderman, and Ironman scaled the walls, washed the windows, and brought smiles all around.  Additional superheroes visited children inside the hospital.  The superheroes came to the rescue in place of the usual workers at Scottie's Building Services.  Simply awesome :)

How many times have you been in a library and could not find the book you were looking for?  Well the James B. Hunt Jr. Library has a robot for you!  The bookBot automated book delivery system is a new addition to this beautiful library.  A student will be able to request a book and minutes later a robot will deliver it to a book station. How cool is that?!  The new bookBot system will enable the library to store 9 times the amount of books it normally could.

Space is also an enhancement in the library.  Currently the campus libraries can only seat 5% of the student population.  The new library will be able to seat 20% of the students comfortably and still have room for snacks, drinks, and games :)

Looking down from the 2nd floor

Technology is also a plus.  There will be plenty of touch screen devices, wireless coverage throughout the library, and easy to access power for any device.  For the teams of students, the library will feature video-conferencing, collaborative projection, whiteboards, and video walls.  The library also boasts "technology-enabled furniture"…whatever that means :)  We will just have to see ourselves.

This brand new library is the talk of the lovely campus in Raleigh, NC.  We are all looking forward to checking it out in 2013!!

Although it's hard to predict what the future will hold, we've come up with a list of 15 cities that we think will be hot in 20 years.

To compile this list we looked at job growth, population growth and demographics, affordability, livability, and the health and well being of the residents.

We also considered how the city is innovating in terms of technology, sustainability, culture, and more. And we thought about how "cool" the city is--an important factor in attracting the young, creative types who will make the city hot.

We looked at how the next generation will influence the city--whether they're hipsters, tech-savvy pros, artists, or environmentalists. The cities that made this list vary greatly, but they all have one thing in common: great people and great ideas. 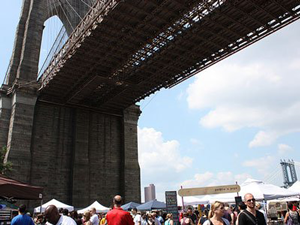 NickeyNickey via Flickr1) Brooklyn, NY, will become a cool capital of culture

For years, Brooklyn took a backseat to its towering neighbor, Manhattan--but no longer.

Today, Brooklyn is one of the fastest growing cities with a population of about 2.5 million, making it the most populous borough in New York and independently one of the largest cities in the US.

This hipster-friendly borough attracts young chefs, artists, entrepreneurs, families, and more, who have opened hip farm-to-table restaurants, cool art galleries and boutiques, and hipster markets like the Brooklyn Flea and Dekalb Market. With amazing cultural venues like the Brooklyn Academy of Music (BAM) and the Brooklyn Museum, and the addition of the Barclays Center, NYC’s newest sports and entertainment venue, the area is bound to continue to develop and gentrify. 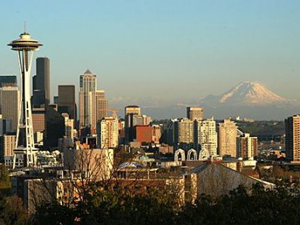 2) Seattle, WA, will be the best place to be a young professional

Seattle gained momentum back in the ‘90s when Kurt Cobain started the grunge trend and a little coffee shop called Starbucks began to gain traction.

Today the city continues to attract young people and was recently ranked the best place for young professionals to thrive, according to mobile events company timeRAZOR, thanks to its high number of bars and restaurants (numbering over 6,000) and its high median income (the average college graduate there earns $53,185 annually).

Seattle was also ranked one of the 10 Cities with the Fastest Growing Wages in America. Home to major corporations Microsoft, Amazon, and Boeing, and tech startups like Facebook and Zynga (which recently opened offices there), the city will continue to attract young, creative professionals in the next few decades. 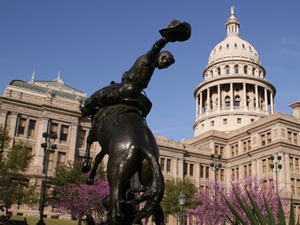 This college town was recently ranked the Next Biggest Boomtown in the US by Forbes.
It’s the third fastest-growing city in the US, according to the US Census Bureau, with high rates of job creation. 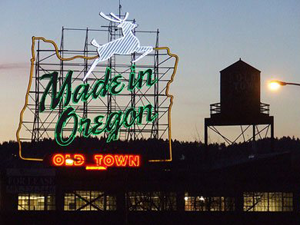 p medved via Flickr4) Portland, OR, will become one of the coolest cities for young people

With its laid-back outdoorsy lifestyle, organic restaurants, hip coffee shops, and a featured role on the IFC show Portlandia, Portland has become a popular destination for young twenty-somethings.

According to a recent YPulse survey, more and more millennials are opting to live in small cities, like Portland.

This small, creative city was ranked the number one green city in the US by the Mother Nature Network, and it's also one of the most bike-friendly cities in the US. 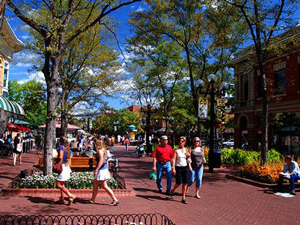 Boulder is fast becoming the newest tech center with a thriving community of startups, earning it the nickname of Silicon Flatirons.

In fact, there are so many new jobs here, with at least 50 tech companies hiring, that the organizers of Boulder Startup Week paid for people to fly to Boulder to fill these open jobs.

Boulder is widely regarded as one of the healthiest and happiest cities in the US according to Gallup, thanks to the active outdoor lifestyle and the thriving intellectual community that comprises this college town. 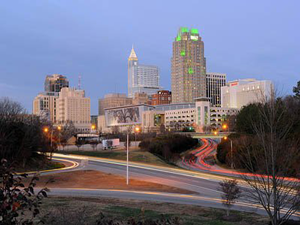 NCDOTcommunications via Flickr6) Raleigh, NC, will be an amazing place to get a job 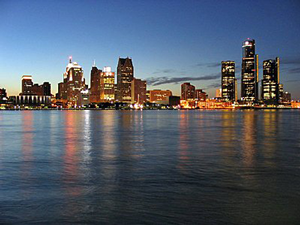 After years of neglect and devastation--sinking so low that the state of Michigan threatened to take over the city--Detroit is poised for a comeback.

According to a recent YPulse survey, more and more millennials are opting to live in small cities, like Detroit.

These young idealists are moving back to Detroit, breathing new life into the downtrodden city with their small businesses, many of which are socially and environmentally responsible. The Urban Innovation Exchange showcases Detroit’s growing social innovation movement, promoting small businesses, like Recycle Here! and Food Lab Detroit. This type of optimism and innovation makes Detroit a city to watch. 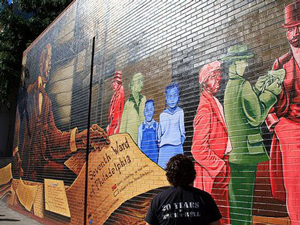 These people are getting involved in the city through organizations like Young Involved Philadelphia and bringing a new sense of dynamism to the city, with new restaurants, shops, galleries, and a cool music and arts scene.

The City of Brotherly Love has some of the best public art in the country. It's famous for its murals, which adorn buildings all around the city. The City of Philadelphia Mural Arts Program coordinates these murals, connecting artists to the community.

Philadelphia was also ranked one of the 10 Cities with the Fastest Growing Wages in America. 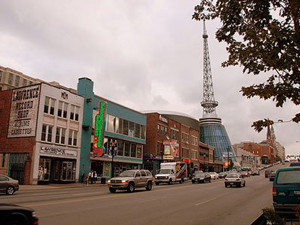 There used to be only one main reason to move to Nashville: country music. But that’s changed.

Between the steady job growth, the thriving music and culture scene, and the diverse population, the country music capital will continue to grow.

KB35 via Flickr10) Bentonville, AR, will thrive as home to one of the biggest companies in the US

Wal-mart, the second biggest American corporation according to the Fortune 500, is headquartered in this relatively small city in northwest Arkansas.

The Wal-mart campus and Walton family play a big role in the Bentonville culture. Wal-mart heir Alice Walton spent $800 million on the Crystal Bridges museum of American art, which was designed by architect Moshe Safdie and houses her vast personal collection of modern art.

As the Waltons continue to invest and Wal-mart continues to thrive, Bentonville will become a top city. 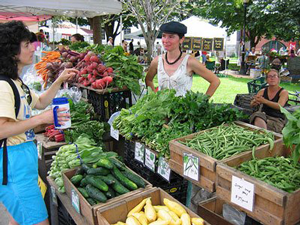 churchstreetmarketplace via Flickr11) Burlington, VT, will continue to trail blaze as a sustainable city

This laid-back city epitomizes small-town charm, but it’s also emerging as a leader in sustainability.

Most restaurants here serve local organic fare, shops sell local Vermont-made products, and people shop for groceries in community-owned co-ops. Much of the food consumed in town come from local farms or from the Intervale Center, a nonprofit organization that cultivates 350 acres of land to provide food for the city residents.

This environmentally-friendly city has turned its focus on sustainability into a form of economic self-reliance--a model which will become increasingly more important in the years ahead. 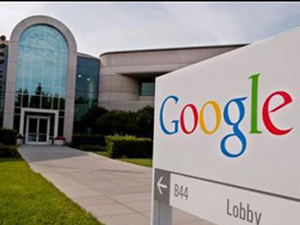 Flickr/Trevino12) Mountain View, CA, will continue to lead as a tech city

Home to major tech companies Google, Microsoft, LinkedIn, Mozilla, and more, Mountain View is arguably one of the most tech-centered cities in the world.

In fact the city is so tech-focused that there’s city-wide free Wi-Fi, courtesy of Google, and the Computer History Museum.

With more and more startups finding a home here, this Silicon Valley hub is bound to continue to innovate and attract tech-savvy residents. 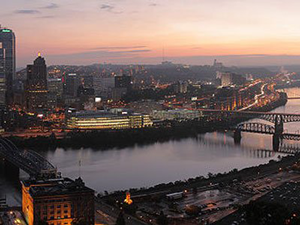 Wikimedia Commons13) Pittsburgh, PA, will become the next hipster haven

The Steel City is attracting and retaining these young creative types with its cool cultural scene and thriving economy.

It was recently ranked the second-best performing city in the US by the Metro Monitor from the Brookings Institute and one of the top cities in the US where people are hiring, according to Gallup. 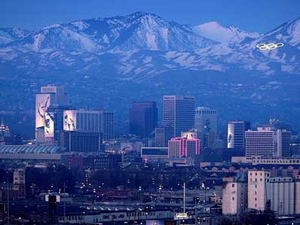 14) Salt Lake City, UT, will attract the most college grads

With its active healthy lifestyle, its beautiful mountainous surroundings, and its thriving job market, Salt Lake City, recently ranked One of The 10 Best Cities for College Grads, will continue to attract eager young college graduates.

The city was also recently ranked One of the Fastest Growing Job Markets in the US. 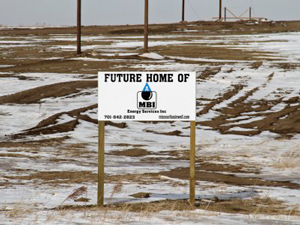 North Dakota is experiencing an oil boom, which could make Williston and the nearby towns one of the largest sources of petroleum in the country--and that means unprecedented wealth in the years ahead.

The population has exploded as people flock there in droves to seek their fortunes, and although the city is undertaking a building frenzy, it hasn’t been able to keep up with the influx of wannabe oil workers.

This oil boom is both a blessing and a curse as it has meant overcrowding, traffic, and a housing shortage, but Williston is frantically trying to keep up and will be an area to watch.