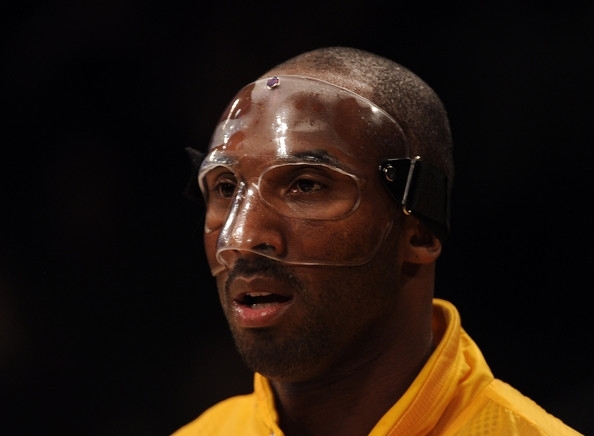 The Los Angeles Lakers guard auctioned off the mask he wore this season after breaking his nose and suffering a concussion in the NBA All-Star Game to raise money for the Kobe and Vanessa Bryant Family Foundation. 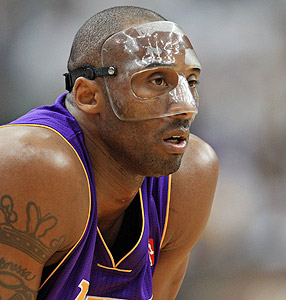 The auction ended Tuesday with a winning bid of $67,100. The opening bid was $250, and there were 129 total bids. Bryant also autographed the mask before putting it up for auction.

The money will go toward the Bryant Family Foundation’s initiative to help eradicate homelessness in Los Angeles. There are nearly 50,000 homeless people living on the streets of L.A., and an estimated 7,000 to 10,000 of those homeless are younger than 24, according to the website for My Friend’s Place, a youth homeless shelter that Bryant supports.

Bryant wore the mask for 11 games in February and March of this season after a hit to his face by Miami‘s Dwyane Wade in the All-Star Game. He averaged 31.1 points per game and scored his 29,000th career point against the Minnesota Timberwolves while wearing the mask.

Bryant said that wearing the mask felt like a sauna on his face and joked back in March that he planned to auction off the mask to “see if anybody’s dumb enough to buy that sweaty mask.”