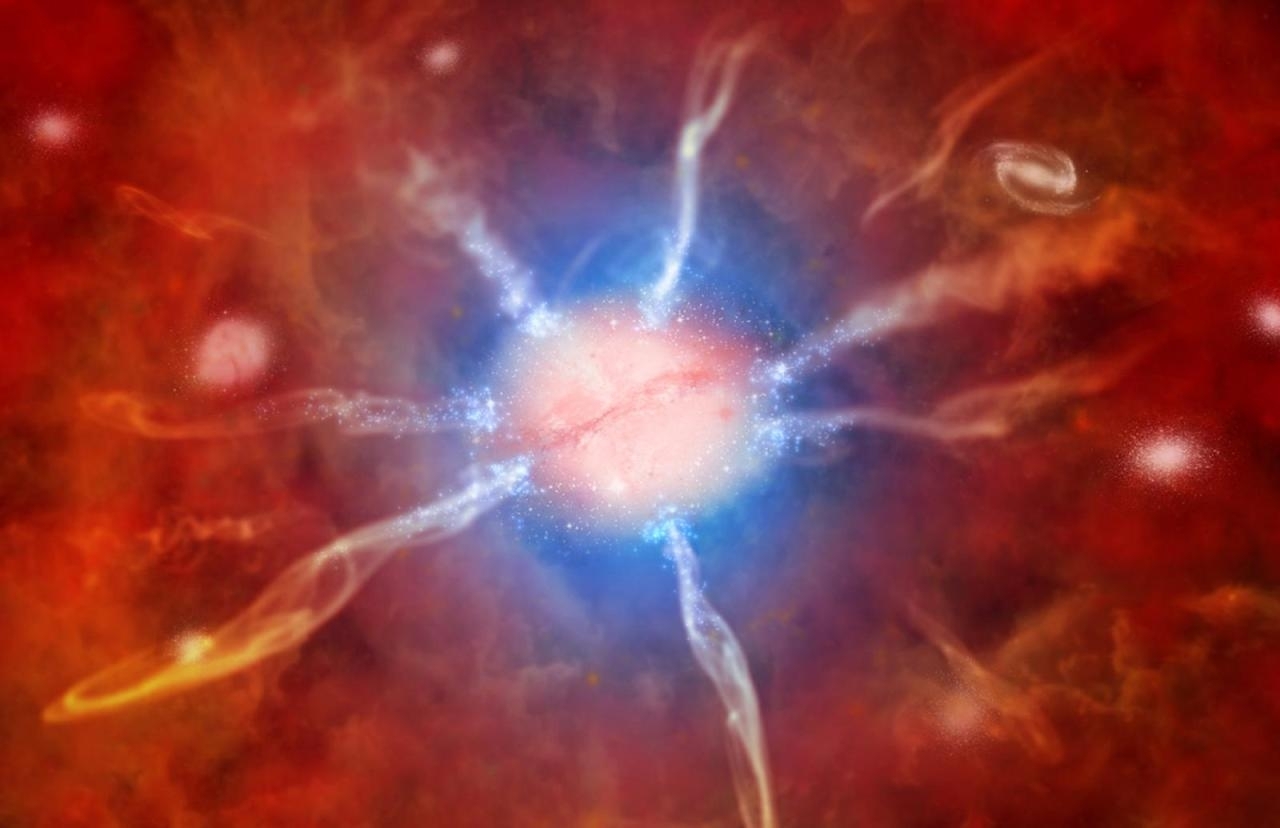 WASHINGTON (AP) — Scientists have found a cosmic supermom. It’s a galaxy that gives births to more stars in a day than ours does in a year.

The galaxy is about 5.7 billion light years away in the center of a recently discovered cluster of galaxies that give off the brightest X-ray glow astronomers have seen. It is by far the biggest creation of stars that astronomers have seen for this kind of galaxy. Other types, such as colliding galaxies, can produce even more stars, astronomers said.

But this is the size, type and age of galaxy that shouldn’t be producing stars at such a rapid pace, said the authors of a study published Wednesday in the journal Nature.

“It’s very extreme,” said Harvard University astronomer Ryan Foley, co-author of the study. “It pushes the boundaries of what we understand.”

The unnamed galaxy — officially known by a string of letters and numbers — is about 3 trillion times the size of our sun, said study lead author Michael McDonald of the Massachusetts Institute of Technology.

There’s another strange thing about this galaxy. It’s fairly mature, maybe 6 billion years old. Usually, this kind “don’t do anything new… what we call red and dead,” McDonald said in an interview. “It seems to have come back to life for some reason.”

Because of that back-to-life situation, the team of 85 astronomers has nicknamed the galaxy cluster Phoenix, after the bird that rises from the ashes. The galaxy that is producing the stars at a rate of two per day is the biggest and most prominent of many galaxies there.

It’s “helping us answer this basic question of how do galaxies form their stars,” said Michigan State University astronomer Megan Donahue, who wasn’t part of the study but praised it.

There’s lots of very hot hydrogen gas between galaxies. When that gas cools to below zero, the gas can form stars, McDonald said. But only 10 percent of the gas in the universe becomes stars, Donahue said.

That’s because the energy from black holes in the center of galaxies counteract the cooling. There’s a constant “tussle between black holes and star formation,” said Sir Martin Rees, a prominent astrophysicist at the University of Cambridge in England. He was not part of the study, but commented on it during a NASA teleconference Wednesday.

In this case, the black hole in the central galaxy seems to be unusually quiet compared to other supermassive black holes, Rees said. “So it’s losing the tussle,” he said.

But this massive burst of star birth is probably only temporary because there’s only so much fuel and limits to how big a galaxy can get, Foley said.

“It could be just a very short-lived phase that every galaxy cluster has and we just got lucky here” to see it, Foley said.