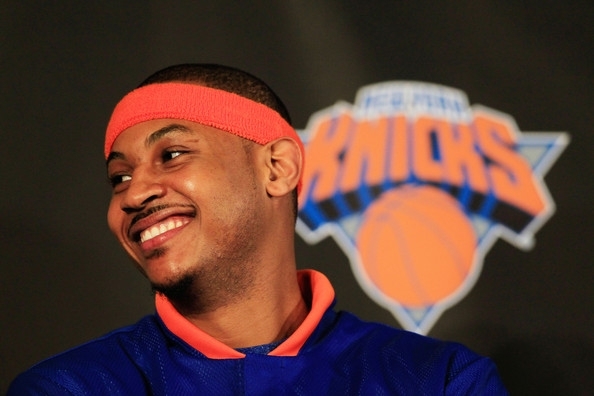 Carmelo Anthony makes his fans smile both on and off the basketball court.  “Melo” is the star player on the New York Knicks known for his clutch shooting.  For all of us upstate New Yorkers, he led Syracuse Orangemen to their first NCAA title in 2003! Go ‘Cuse!!

Recently, Melo has been doing some impressive charity work rebuilding basketball courts in Puerto Rico.  Carmelo’s father is Puerto Rican, so he has some deep ties to the area.  The recently upgraded courts are located in Bayamon.  About 350 children currently use the new courts!  In 2011, Melo’s charity rebuilt a court in Luquillo and in 2010 they rebuilt a court in La Perla.  In addition to creating the courts, Melo is hosting a free-admission celebrity softball game with other NBA stars.

“There’s plenty of kids down there who need role models,” he said during a press conference Thursday. “I grew up in a situation like that. … It was survival of the fittest.”, Melo states.

Melo is making many smiling faces and helping out hundreds of children with his charity work.  Great job Melo!!!