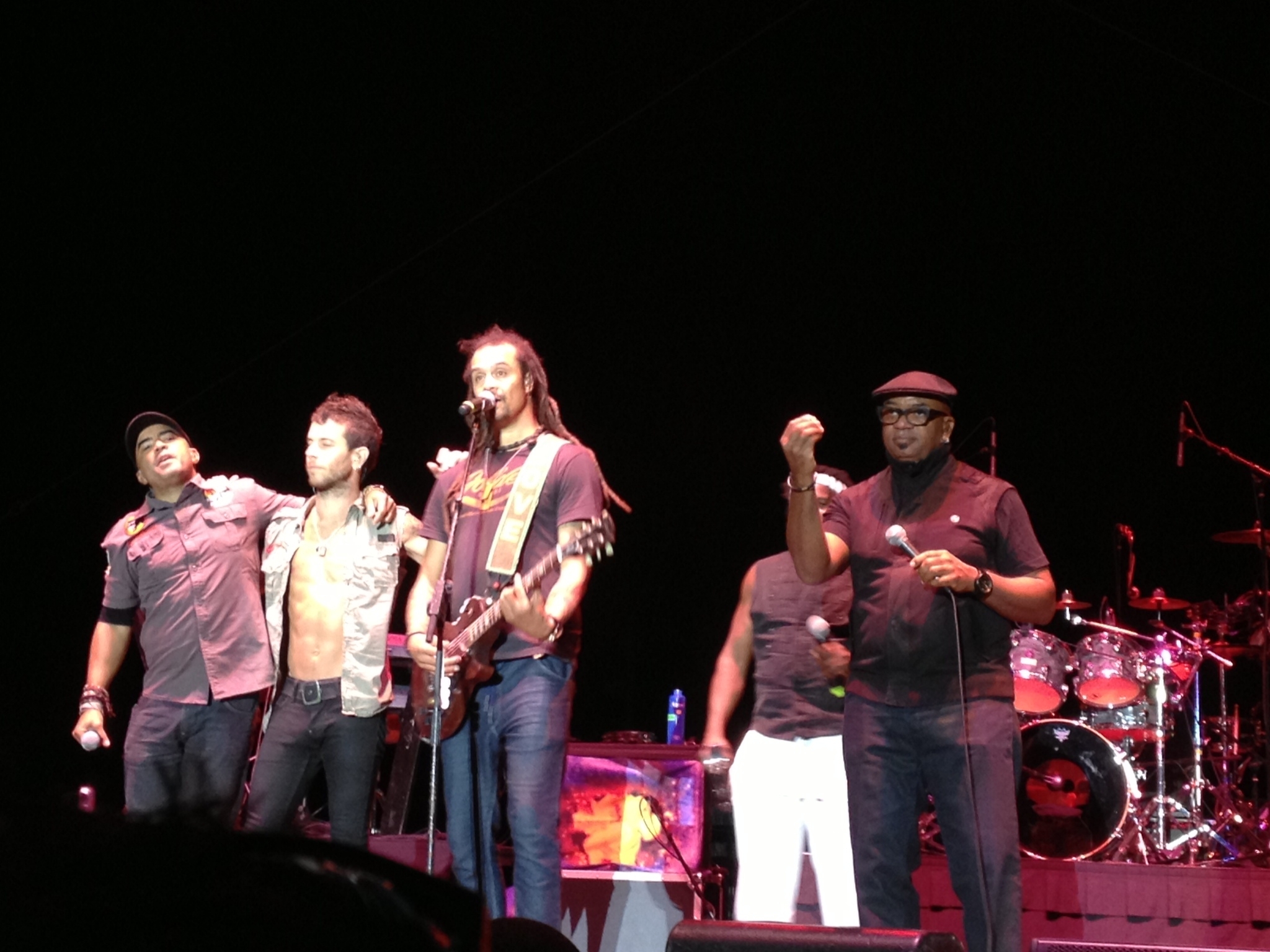 Incredible music, great vibes, smiling faces, headlined by Michael Franti, and free to the public! – Whaaat?  Yes, you heard it right!!  Hundreds of people came out to the Red Hat Amphitheater to see Michael Franti and Spearhead in the “Downtown Family Get Down” event on 10/20/2012!  Admission to the event was completely FREE!  This was a true family event – music, face painting, and dancing for all ages.  The Good World News team was there to get down on it! 🙂

Michael Franti is at the top of the charts when it comes to putting on a live show and getting the crowd involved.  Every show he manages to get the entire crowd jumping and dancing.  During “The Sound of Sunshine” (song below) the band kicked out beach balls into the crowd of dancing people!  During “All I want is you”, Franti jumped out into the crowd to dance and bring even more smiles to the faces of Raleigh.

It had been a couple years since Micheal Franti had a show in Raleigh.  He took a minute to talk to the crowd about his last show in Raleigh on the streets in front of the Lincoln Theater.  Franti remembered how it poured rain into the crowd, but it didn’t stop “the sun from shining through” as the crowd never stopped dancing.  Franti also remembers how he got his beautiful guitar (see in video below) painted by someone at that Raleigh show.

Thank you Michael Franti for bringing all of the good vibes to Raleigh, NC!  It was a blast! “Spread love from the microphone”!