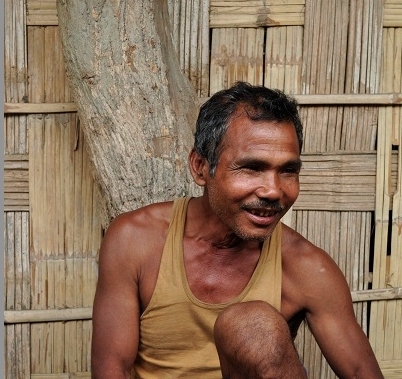 “Molai” is what the locals call him.  This nickname is derived from the Indonesian term “mulai” which means “to begin”.

How did Jadav “Molai” Payeng become a hero?  It all started in 1979 when he was only 16 years old.  A devastating flood washed away a large portion of forest on the coast of Jorhat, Assam, India.

Jadav went to the coast and saw the wildlife dying because they did not have any more shade and nutrients from the trees.  He came upon a riverbank littered with dead snakes.  ”The snakes died in the heat, without any tree cover. I sat down and wept over their lifeless forms”, Jadav stated in “The Times of India”.

Jadav knew he had to rebuild, but no one thought it would be possible.  A local forestry told him that bamboo was the only thing that would grow.  So what did he do?  He started planting bamboo.  Then he brought in red ants to help the soil.  Before he knew it, the soil was good enough to start supporting other plants.  30 years later, the forest grew to a stunning 1,360 acres!!!!

On top of that, this miracle forest became the home of several endangered animals including rhinos and tigers (about 2,000 left in the wild).
Jadav now has help from the local forestry.