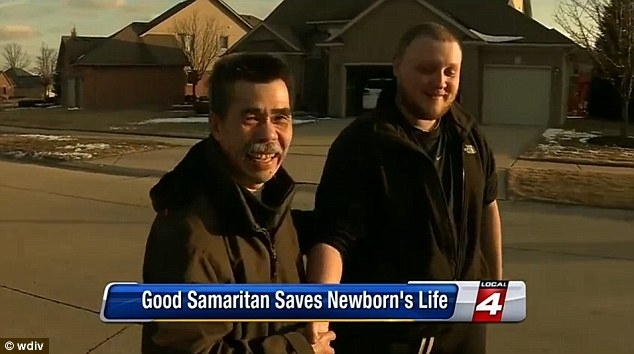 Ryan Cornelissen, 21, was driving down the road when he was flagged down by a frantic man.  When Ryan stopped, he saw that the man’s wife was in the front seat giving birth to their child.  They were on the way to the hospital, but did not make it in time.

The man did not speak English very well so Ryan called 911.  The baby was born before the ambulance arrived.  The scary part was, the baby was not breathing….

The 911 operator walked Ryan through giving the baby CPR.

The baby is doing well, but will remain the hospital for several weeks.  Ryan undoubtedly saved the baby’s life.  Ryan is currently a student at Macomb County Community College and is planning on becoming a police officer.  We think he’ll do just fine 🙂