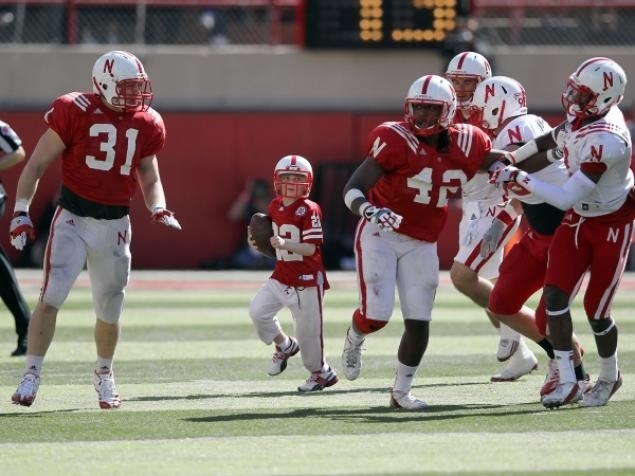 Jack Hoffman, a 7 year old with cancer, was able to run with the big boys on Saturday.  Nebraska’s football team was having their spring game and they asked the little man to suit up with them!

They arranged a play where he was handed the ball and was given an opening where he took down the field for a 69 yard touchdown!  The crowd of 60,000 went wild 🙂

“Jack is a fighter, a strong kid,” said star running back Rex Burkhead who is a friend of the little man and captain of Jack’s support network, “Team Jack”. “To see him run around and enjoy the Husker experience, it’s a dream come true, especially for kids in the state of Nebraska. For Jack to get down here and do it, I know it made his day.”