Delta Airlines reunites kid with his most prized possession 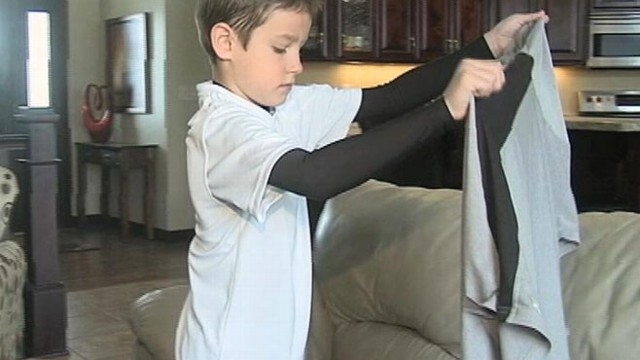 On a Delta flight from Fargo to San Diego, seven year old, Cole Holzer, lost his most prized possession… his father’s t-shirt.  Cole’s father passed a couple years ago and since then, Cole has never parted with the shirt.

“Ever since he will lay out and spray his dad’s cologne on it and cuddle up with it and sing the daddy song to go to bed,” Cole’s mom, Tanya stated.

They were devastated when they couldn’t find the shirt.  A family friend sent a heartwarming letter to Delta describing the situation.  The Delta team sprang into action – they searched through garbage and called employees to be on the lookout.  Shortly after, they found the shirt!!

The Holzer family cried happy tears all the way to the airport.  Delta really came through for their family!