By: Jon
In: Environment
Tagged: Gulf of Mexico, turtles 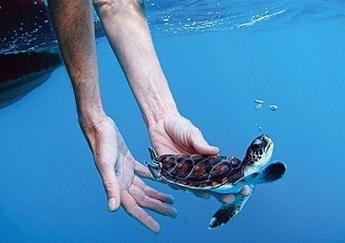 Veterinarians at the Institute for Marine Mammal Studies in Gulfport nursed six endangered sea turtles to health after one year of rehabilitation.  Now, the five Kemp’s ridley sea turtles and one green sea turtle have been released among several reefs in the Gulf of Mexico.  Awww and they’re so cute 🙂