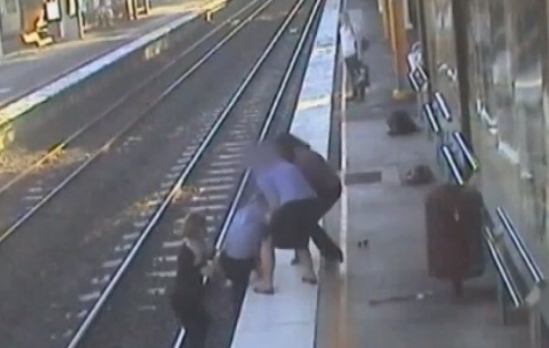 The video shows the 56 year old man falling onto the tracks.  Queensland Rail employee Jill Lyten ran to the phone to stop the trains while the mystery nurse jumped on the tracks and saved the man.  Talk about a superhero!

Queensland rail released the footage in order to showcase the emergency buttons on the platforms and promote safety.

Spread the love
2013-05-11
Previous Post: After 51 years of marriage, couple goes to college together
Next Post: Happy Mother’s Day!