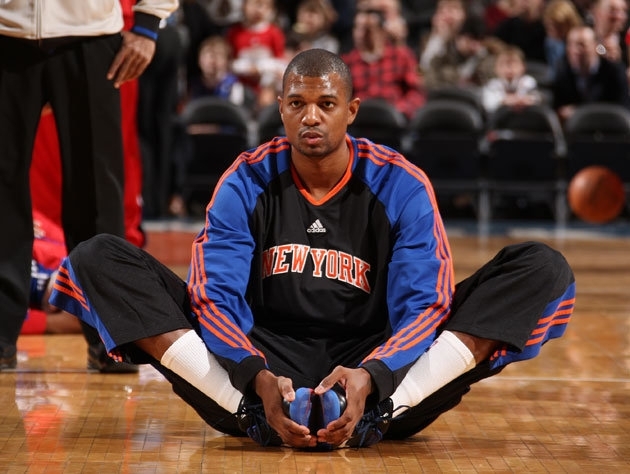 It’s always interesting to see what professional athletes do with their lives after their careers have ended.  What happened to those players that had so much potential coming out of high school or college, but just didn’t pan out in the pros.

Jonathan Bender had franchise player written all over him coming out of high school when he was drafted 5th overall in the 1999 NBA draft.  Like many athletes though, injuries derailed him from living up to his potential as an NBA player.

Bender’s knees failed him as a player, but ever since he retired he has been making strides with a device meant to strengthen the knees.  He wanted to make a device that acted as an external hamstring which could exercise the hips, and quad without putting pressure on the knees.  When Bender would rehab his knees, he would often ask the trainers and Doctors on the staff many questions.

“I watched and learned from what they did and what they said about things like injuries and muscle structure,” Bender said. “I soaked it all in.”

Using the device he created, Bender strengthened his legs, and actually got another shot at the NBA!  He was picked up by the NY Knicks in 2010 and Knicks Doctors said at the time Bender had the strongest lower extremities on the team.  Jonathan Bender’s device is called the JB Intensive Trainer.  You can check out the device at http://jbintensive.com/.