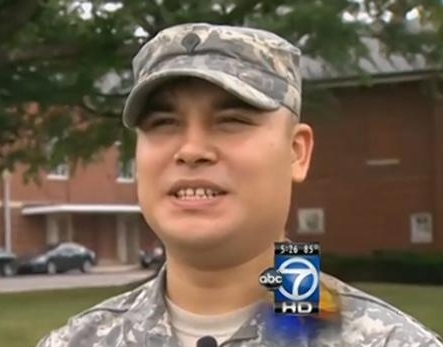 A man in a wheelchair was trying to read a sign across the tracks at the Metro Center station in Washington, DC when his wheelchair rolled and fell off the platform.  As this was happening US Army Spc. Michael Menchaca was on his way down to catch the subway when he noticed something go over the track.

“It was just the right thing,” Menchaca said. “Pretty much like anyone else would have done.”  Army Spc. Michael Menchaca is now being considered for the Soldier’s Medal, which is the Army’s highest peacetime award.