By: Jeremy
In: Lifestyle 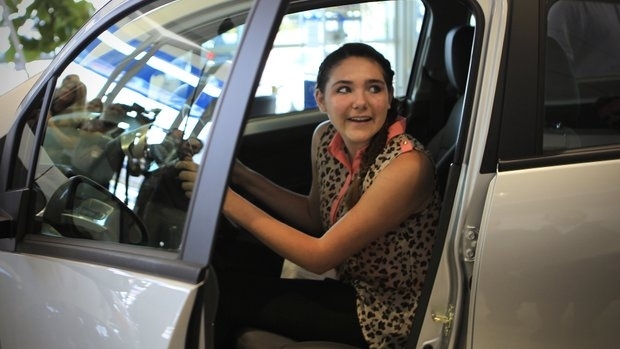 Most teenagers probably wouldn’t look back fondly on a year spent in a homeless shelter, but Brittnie Pemberton sees the time as a good year, a year with strong sense of family, of learning, and of hope, and her story should inspire others.

While at a living center for homeless women and their children in San Diego, Brittnie met photojournalist Linda Solomon, who had created the national “Pictures of Hope” project a year earlier to increase awareness of homeless youths. Solomon gives disposable cameras to children in the program, and the pictures they take of their life’s wishes are featured on greeting cards sold to raise money for charities helping the homeless.  “The most important for me as a photojournalist is to show children that their dreams matter,” Solomon said. “We show the children their dreams are respected and their dreams can come true.”

Brittnie, then 9, largely avoided wishing for personal possessions. She asked for world peace, an end to world hunger, happiness, an athletic life and to have her family reunited.

With the camera Solomon gave her, Brittnie took a photo of San Diego State University. The picture was printed on a holiday card above the words, “I hope to get a scholarship. — Brittnie, age 9.”

And then unexpected things began to happen.

San Diego State University’s Alumni Association learned about Brittnie’s dream and offered her a four-year, full scholarship on the condition that she eventually meets admissions requirements. Journalist Diane Sawyer heard about the scholarship offer and interviewed Brittnie on national television.

Hard work and compassion paid off Tuesday for a San Diego teen who used to be homeless.