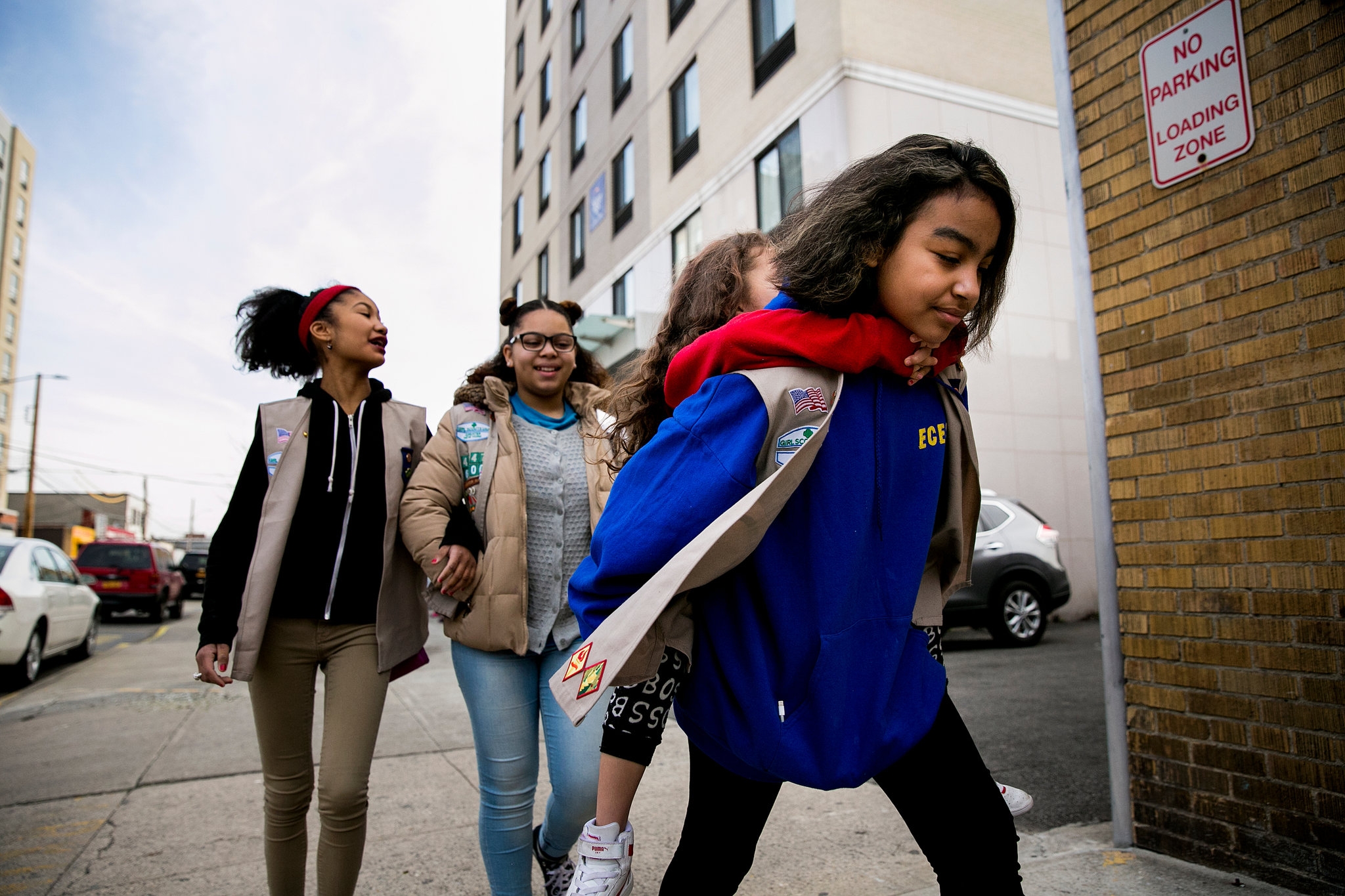 The Girl Scout mission is to build girls of courage, confidence, and character, who make the world a better place.  Almost two million girls belong to this stellar organization, and among these are 20 very special young woman comprising Troop 6000.  Troop 6000 is the first in New York City designated solely for homeless girls.  These girls are learning to become role models and future leaders of their community and perhaps someday of the world!  In interviews, the girls of Troop 6000 talked about what they wanted to be when they grew up with answers ranging from fashion designer to pediatrician, from basketball player to engineer.  Silkia, a 9-year-old, said: “I’m going to get mad money and help the homeless!”

14-year-old Hailey is the oldest girl in the troop.  As she puts it: “We’re starting a chain reaction …  There will be more Girl Scout troops who live in shelters!”  In New York City, children make up nearly 40 percent of the roughly 60,000 people in the city’s primary shelter system, so there are lots more girls to be reached.  Come on all you other American communities, let’s make Hailey’s prophecy come true in shelters, migrant worker camps, and public housing across the country!

Spread the love
2017-09-26
Previous Post: Hackers Donate $15K for Puerto Rico
Next Post: Boy Grows Hair To Give To Girls With Cancer