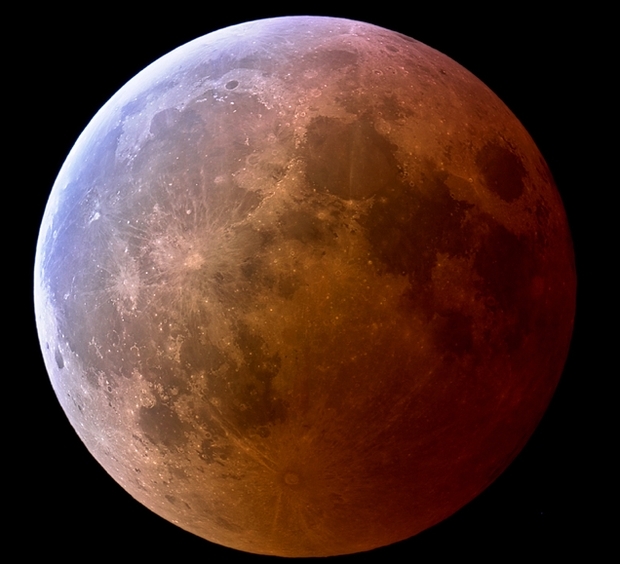 OK outdoorsmen and women, are you ready for the Supermoon?

NASA scientists say this full moon Saturday night will appear 14 percent bigger and 30 percent brighter than any full moon this year. The scientific term is “perigee moon,” but all we need to know is that it’s going to be one giant, bad moon rising.

Night fishing should be excellent for the El Cajon Ford Night Series’ second tournament at El Captain (details below).

The grunion run is set to commence Saturday from 9:15 p.m. to 11:15 p.m. in conjunction with the full moon, but remember, grunion catching season is closed in April and May. It’s observation only of the spawning silversides. But it’s a good time to fish the surf. You just can’t use them for bait.

It being the last weekend of the general turkey hunting season, hunters should enjoy a lighted woods Sunday morning, the last day of the season. The moon will be full at 8:35 p.m. Saturday night, but doesn’t set until 6:14 a.m. Sunday morning.

So get out and do some grunion watching, some surf fishing, lake fishing or strolling into the woods by the light of the silvery moon.

Notes: Lake Barrett opened to some exceptional fishing Wednesday, with 100 anglers reporting 3,609 bass, 104 bluegill and 57 crappie, all released. Reservations required. June reservations go on sale May 8 at 7 p.m. through Ticketmaster at (800) 745-3000 or on-line at www.ticketmaster.com. El Capitan has switched to its summer schedule. The lake is open Thursday through Sunday for fishing, general boating and water contact (water-skiing, wake-boarding, Jet-skiing, etc.). It’s open Monday for fishing and general boating only, no water contact. The concession is open Friday, Saturday and Sunday only.

Night Fishing: The second El Cajon Ford Night Series Tournament is Saturday at El Capitan Lake. Signups are at 4:30 p.m. in the top parking lot. There will be a barbecue during the registration. Call tournament director Jim Sleight at (619) 813-3324.

Fly Fishing: Peter Piconi’s So Cal Fly Fishing Outfitters shop will have a Simms Demo Day Saturday from 9 a.m. to 5 p.m. Guest speakers include Brad Mcfall, who will speak at 10 a.m. about Trinity River steelhead fishing and at 2 p.m. about Eastern Sierra fishing; Jeff Solis at noon on fly-fishing East Cape, Baja.

Whopper Contest: Each month, Lake Wohlford has a Whopper of the Month Contest for the best bass, catfish, crappie and trout (when they’re stocked). Last month’s competition for top crappie was very competitive. Rich Hatch, Wendell Jackson and Isaac Wright all weighed in big crappie, but Kyle Harrington took the prize with his 2.15-pounder that he caught at Crappie Rock on a mini-jig. Whopper Contest winners get a free fishing and boating permit. For the latest fishing conditions at Wohlford, call the ranger station at (760) 839-4346. Wohlford also offers all-day boat rentals for seniors and active military every first and third Saturday of the month.

One that got away: Lake Cuyamaca has had some exceptional fishing, and there was a great story about some pontoon boat anglers who fought a 7- to 8-foot white sturgeon for over an hour. They ran out of gas, got spooled and finally, after reaching the surface and showing its bad self, the sturgeon broke their line and hearts. Wayne Raffesberger sent a photo of a fine five-trout limit he caught from his kayak on Saturday, the opening day of trout in the Sierra. He fished for 3½ hours and used a spinner.

The 4th annual Yellowtail Derby start is May 5. Check www.internationalyellowtailderby.com

Fletcher Diehl, a veteran hunter safety instructor and expert predator caller, showed he can call in a trophy turkey, too. Diehl shot a tom recently that weighed 22 pounds and sported a 10-inch beard and 1-inch spurs. He shot it in the San Luis Obispo area. Don Kinley, hunting with David Wilder, shot a turkey estimated to be in the 18- to 20-pound class with a 9-inch beard and 1-inch spurs.

Sierra update: Silver Lake doesn’t get the notoriety of June Lake or Gull Lake in the June Lakes Loop, but it should. The lake had exceptional fishing on opening weekend. The fish aren’t as big as the average one caught at June or Gull, but Silver Lake is loaded with 1- and 2-pound rainbows and an occasional Alpers lunker or brown trout. The mouth of Rush Creek also is a very good area to try, as is the weir area toward Grant Lake. Parker and Walker lakes also had good openers. Dameon Gomez, 7, of Burbank had one of the nicer Silver Lake trout, a 2-pound, 13-ounce rainbow he caught from shore on orange Power Bait.

Dock reporter Bill Roecker said a recent long-range trip to “southern waters” was the best of the long-range season that ends soon. The anglers wedged 39 yellowfin tuna over 200 pounds into the vessel’s fish hold and also stacked near-limits of wahoo and smaller tuna in the 80- to 180-pound range.