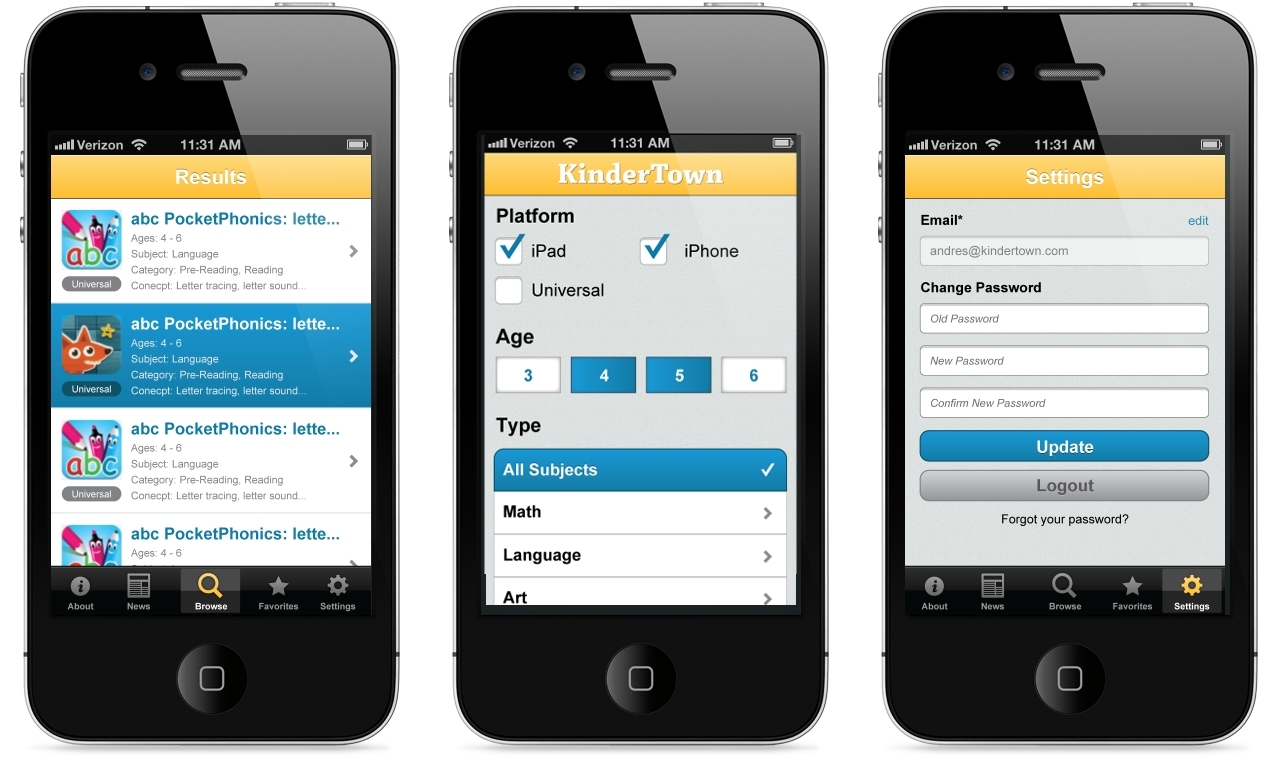 KinderTown, the startup behind the educational iOS app store for parents (and honestly, a personal fav) is expanding its focus today. According to feedback from its users, the number one complaint was that KinderTown wasn’t available for older children. Now that changes, as the service will bump up its supported age range from 3-6 to include children ages 7 and 8 as well. To kick off the launch, 125 new apps aimed at older children have been added to service, and more will be added every week.

The company is also starting to see some growth, doubling the total number of users in April. In fact, KinderTown reports that it added more users in April than it did in the five previous months combined.

For those not following the ‘kid app” space, a refresher. Launched back in November,KinderTown is one of the first companies to build an app store within an app that’s sold in the app store. (Ha!) That is, the company filters through the 600,000+ iOS apps (iPhone/iPad) to surface just the educational apps that are designed for children. It then further curates the selection by vetting the apps for quality of content. The staff includes former educators, who review the apps prior to having parents test them. Only when both groups agree the app is worthy, does it get accepted into the KinderTown store.

The result is an easy-to-use alternative to searching through iTunes for age-appropriate (not brain-rotting!), apps and games for the kids. The company says that users pay an average of $2.65 for an app when they buy through KinderTown, which redirects them to iTunes. To date, the company has driven 100,000 downloads in the iTunes App Store.

As someone who cared not one bit for kids until I had one, KinderTown has been a lifesaver in helping me fill up the kid’s iPad with better content. I had no idea what was out there, what was good, or what other parents would recommend. I was always googling for app reviews and ideas, and jotting down the occasional personal suggestion from parents I bumped into while out and about.

Apparently, this is par for the course for new parents. As Welch explains, “one of the first things parents do when they buy a new iPad is ask their friends what apps to download. With KinderTown, parents can now just send a link,” he says. Welch also notes that the company is starting to see teachers using the app as a resource to inform their students’ parents about what apps to download at home.

The updated app is expected to roll out to iTunes today. You can get the current version here in the meantime.

Thanks to KinderTown, one day – I swear – I’ll have enough new apps that the kid won’t notice when I delete Talking Tom and Talking Ben. One day!