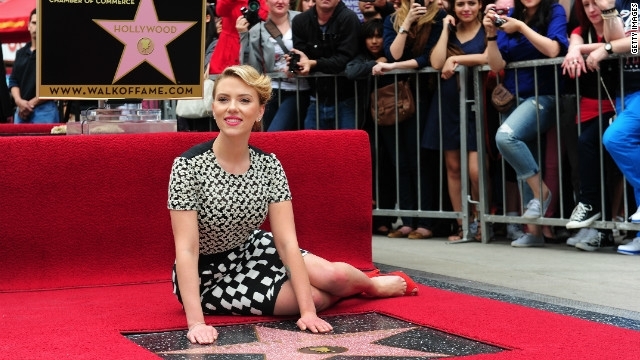 Scarlett Johansson received a star on the Hollywood Walk of Fame Wednesday, and the 27-year-old actress says she has her mom to thank for her success.

“One of the most important things [my mom] did growing up was that she always said to me that I could do whatever I wanted as long as I really, really wanted it,” Johansson told CNN. “It allowed me to constantly sort of reassess what my priorities were and it grounded me in a way, and allowed me to come back to square one and say, ‘What am I doing here, and why am I doing it?'”

It’s a lesson Johansson thinks all kids should learn, “no matter what,” she said. “That they should be doing something because they’re passionate about it and for no other reason.”

That passion has turned into a career of often playing women with conviction, Johansson said, from “The Avengers” Black Widow to her upcoming role of Janet Leigh in “Hitchcock.”