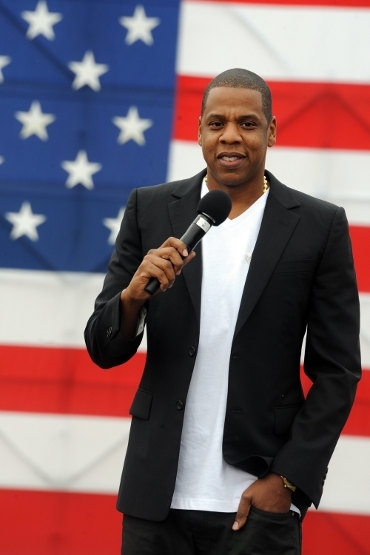 Jay-Z revealed that he is a proponent of gay marriage during an interview with CNN yesterday.

When asked what he thought about President Obama’s recent endorsementof same-sex marriages, the hip-hop superstar said: “I’ve always thought it as something that was still holding the country back. What people do in their own homes is their business and you can choose to love whoever you love. That’s their business. It’s no different than discriminating against blacks. It’s discrimination, plain and simple.”

Jay-Z is one of many musicians who have expressed their elation and support following President Obama’s announcement. On Twitter, Lady Gaga wrote, “Feels like the future and not the past,” while Alicia Keys wrote, “Well honestly it’s about time!”

In an interview with Rolling Stone yesterday, Jay also noted that he’s hoping to score a certain Al Green-singing President to perform at the Budweiser Made in America music festival he’s curating this Labor Day in Philadelphia. “He’ll be so far into helping the world that he probably won’t have time,” said Jay-Z, “but I’m absolutely going to ask him.”