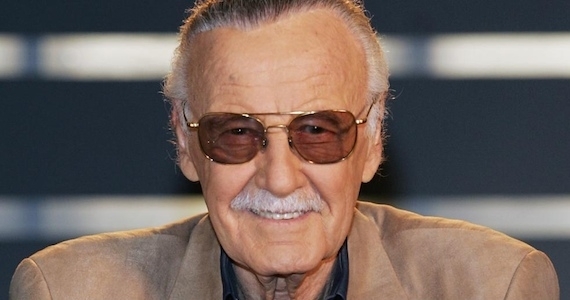 (CNN) — This weekend “The Avengers” hit the $1 billion mark worldwide. But long before the film’s astronomical success, the 3-D glasses, the action figures and the sponsorship deals, there was the the imagination of one man — Stan Lee.

At 89, the legendary creator of some of the world’s most profitable comic book characters remains quick-witted, rapturously imaginative and always laughing — even if, as far as “The Avengers” is concerned, he’s not laughing all the way to the bank.

Lee recently talked to CNN’s JD Cargill in an exclusive interview about the film, which of his characters he’d like to see next on the big screen, some of his current projects, and why we shouldn’t assume he is now a billionaire.

JD Cargill: Even the craziest estimates didn’t predict this much success for “The Avengers.” What is your reaction to creating some of the most profitable characters in entertainment?

Stan Lee:  Oh, I could have told everybody it was going to be this big of a hit! I don’t know why they couldn’t have predicted it. It couldn’t miss! It’s got some of the most popular characters in the world today. You put together a great script, a great director, great actors and a cameo by me — how could it miss?

Cargill: Not including your cameo of course, what’s the film’s ultimate moment for you?

Lee: When they all come together and decide to fight as a team. I’m all heart! Years ago, I was writing these characters and I thought it would fun to put them together in a team. And I called it “The Avengers.”

And I thought, they have to have some sort of rallying cry. So I loved the idea of them shouting — because I’m a very corny guy — “Avengers assemble!”

Cargill: Obviously with a project of this magnitude, compromises have to be made along the way. Tell me about one moment in the film you had to bend on.

Lee: It might be hard to believe, but there really wasn’t a part. Not only did they omit something I might not have wanted to be in, they included things that I never thought of and were wonderful. I thought this movie was as perfect as a movie like this can be.

Cargill: When fans see Marvel characters making record-breaking (box office) money like this, they assume it’s made you a billionaire. How close is that to the truth?

Lee: I hate to admit this, but I do not share in the movie’s profits. I just share in the interviews, in the glamour, in the people saying, “Wow, I love that movie, Stan” — but I’m not a participant in the profits.

Cargill: But aren’t you an executive producer?

Cargill: Do you you wish you were making more money off of it?

Lee: Well, it would be nice. (laughs) But I’m used to the way the situation is. I don’t go around thinking about it. I am really very pleased that people enjoy the movie, that it’s doing well, and even though I didn’t film the movie myself, I seem to be getting a lot of credit for it! (laughs)

Cargill: Of all your beloved comic characters, which one would you like to see become a big-screen icon next?

Lee: I can’t wait to see Dr. Strange and The Black Panther.

Cargill: Are those in the works?

Lee: I have a feeling they very well might be. They’re certainly being considered right now.

Cargill: What’s the one character you wish you had created?

Lee: Well, it would have been nice to come up with Superman! (laughs)

Lee: Well, I suppose today the success of “The Avengers” is one of the highs.

And there was a time, many many years ago, when the comic book business went bad and it looked as though Marvel was going to go out of business. We didn’t call it Marvel then. It was called “Timely Comics.” I had a publisher that was a great guy, but he didn’t like unpleasantness. So he would say to me, “Stan, I can’t afford to put the books out anymore for the next few months. I’d like for you to fire the staff while I go to Miami.”

It was always my job to fire the staff while he ducked away somewhere. That was certainly a low because these were people I worked with. These were friends. I had to let them know there would be no work for the foreseeable future. But luckily we were able to build the company back up again and start over again and give these guys work once more.

Cargill: Poll after poll ranks “Iron Man” as the favorite Avenger. Do you have another character in the works that will rival his popularity?

Lee: Here at POW! Entertainment, with my partner Gill Champion, we’re working on quite a number of new movies, television series and even a live action show. Three of the new superheroes, and I can’t say too much right now, but the working titles are “The Prodigal,” one is called “The Annihilator,” and one is called “The Retaliator.” And each one of them, I say in modesty, is better than the others! (laughs)

Cargill: You can’t tell me anything about them?

Lee: I will say that “The Annihilator” is a Chinese superhero, probably the first one done by an American studio, and it’s not a Chinese film. It’s a film for the entire world. It’s got an angle we’ve never seen before and it’s written by Dan Gilroy, one of our top writers.

“The Retaliator” has a different angle and the element of ecology is important in that story. But he’s the kind of superhero with a power that nobody has seen. “The Prodigal” is really two superheroes that are part of the same family, but they become ultimate enemies! Those are just the three movies we have in the works. We also have a number of comic books coming that will probably end up as movies or television series or so forth.

“The Mighty 7” is being published by Archie. There are seven characters. Two of them are police officers from another planet. The other five are fugitives that they were bringing back somewhere and they all land on Earth through an accident and they meet me!

We refer to this as the world’s first reality comic book, because it has real people, starting with me. But it’s still very much a superhero story. Also, like “The Avengers,” we also have “The Titanic 10.” This is 10 superheroes living in today’s world, faced with the same problems that you and I are faced with, and suddenly something happens that has never happened before in any superhero story. I am incredibly proud of this and you’ll be hearing a lot more, because it’s the type of thing when people see it they’ll say, “Of course, why didn’t I think of that!” If that doesn’t whet your appetite, I quit!

Cargill: There comes a time in all our lives where we select someone to speak on our behalf. Of all of your characters, who would you have speak on your behalf and what do you imagine them saying?

Spread the love
2012-05-24
Previous Post: Rev. Sheila Sholes-Ross Equity for Women in the Church Community
Next Post: Enjoying a Staycation