By: Marty
In: Health
Tagged: good people, pay it forward 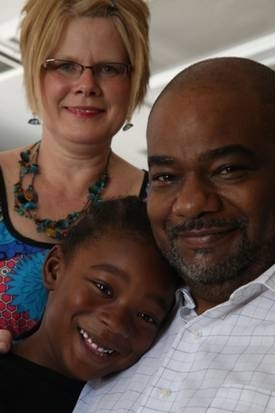 A Texas kindergarten teacher has given a life-saving gift to one of her student’s parents.

Marie Bell donated one of her kidneys to a the father of one of her students.

“People have said things to me like, ‘You’re a hero. You’re an angel. This is extraordinary.’ And to me, it’s not. I’m ordinary,” she said.

5-year-old Sean Smith was late for school one day because his father was waiting for a kidney transplant.

The boy’s older brother told Bell the boy was late because their father had been called to the hospital to get a new kidney, but the kidney was diseased.

“That’s when my brain began to turn,” she said.

“I wanted Marshall to have a second chance and to see his little boy grow up,” Bell said.

Marshall Smith is now recovering from the kidney transplant.

“The whole time, she was bubbling over,” he said. “It was like a joy that God had given her and a peace to do this.”

Smith is now able to spend more time with his eight children and look back on days spent sick.

“It was pretty horrible,” he said. “I had to go to dialysis three times a week.”

Smith said a day does not go by without thinking of his child’s teacher, who forever changed their lives.

“She is loved in this family,” he said.