By: Marty
In: Environment
Tagged: animals 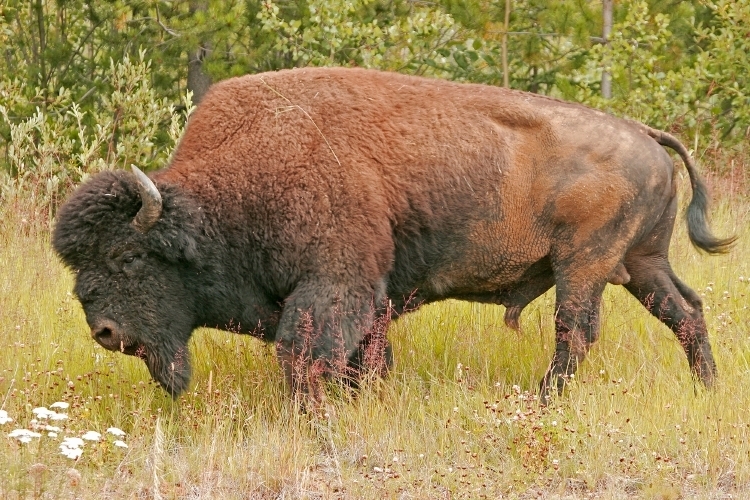 PORTAGE – The North American Wood Bison is still on the endangered species list, but its numbers are thriving at the Alaska Wildlife Conservation Center.

The Wood Bison Recovery Program started at AWCC almost ten years ago with 13 bison from Canada. Now there are 120 and dozens more on the way.

Coming in at nearly 2,000 pounds, it’s the largest land mammal in North America. It was extinct in Alaska until AWCC started the program.

“For Alaska, it’s returning the largest land animal in the western hemisphere to the region and it almost completes the story,” said Jordan Schaul, the Director of Conservation and Science.

Staff says so far the program is quite a success. The first calf of the spring was born Wednesday afternoon, another on Friday morning.

“This year is really exciting, doing the drive around every morning and spotting burnt orange specks out in the pasture is really fun to see,” said Lead Naturalist Erin Leighton.

There will be plenty of wood bison babies to see because AWCC expects up to 40 to be born this spring. But they aren’t the only ones attracting attention.

Two baby musk ox were born within the past two weeks, and they’re the first to be bottle-fed at the wildlife center.

“We post our bottle feeding times for the visitors to see so people usually come around those times, everyone really loves the babies,” said intern Jonathan Spear.

The baby musk ox will be bottle-fed for about a year before they rejoin their mother. They’ll be on display for the public in mid-June.

As for the recovery program, AWCC staff says they’d like the bison herd to have more than 120 before they introduce them back into the wild. If 40 calves are born this spring, they should be on target to release 50 adults in spring 2014.