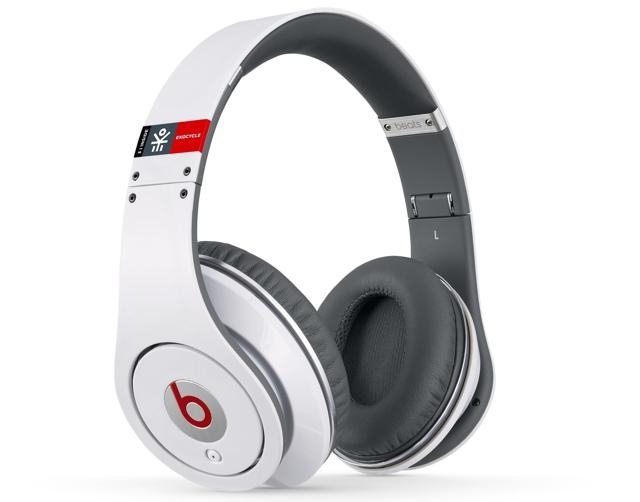 Entertainer/entreprenuer will.i.am is taking is turning his passion for sustainability into a new business partnership with Coca-Cola. Called Ekocycle, the new brand will offer high-quality products containing recycled materials. The goal is not only to create a successful company, but also to make appealing the idea of incorporating recycled materials into product lines.

“If you think about (recycled) products now, none of them are cool,” will.i.am told the Associated Press. “You have to bring some art and fashion sensibility into this technology that turns a bottle into something cool.”

Ekocycle’s first product, a pair of $349 “Beats” headphones by rapper and music producer Dr. Dre, is reflective of the high cost associated with adding recycled materials to traditional production lines. According to Time, the company is betting that the will.i.am association — as well as the feel-good prospect of going green — might convince consumers to pay a little extra.

“We wanted something that could be innovative and break through the clutter,” Bea Perez, chief sustainability officer at Coca-Cola told Billboard Biz. “If we did it alone it wouldn’t work, but if we do it with someone like Will that can inspire a youth movement to make change, that was more powerful than anything else. It was Will being personally involved and having that vision that excited us more than anything else.”

In an effort to use the partnership to also inspire social change, Coca-Cola has committed to donating a portion of its licensing products (a minimum of $1 million) to charities involved in recycling and community engagement.

Ekocycle debuted its new commercial, titled “An End Can Be A New Start,” during the Olympics on Aug 1. You can view the one-minute spot below.

Spread the love
2012-08-08
Previous Post: Endangered Wood Bison Thrive at Alaska Conservation Center
Next Post: Get your daily supply of fruits and vegetables by juicing