By: Jon
In: Sports
Tagged: golf 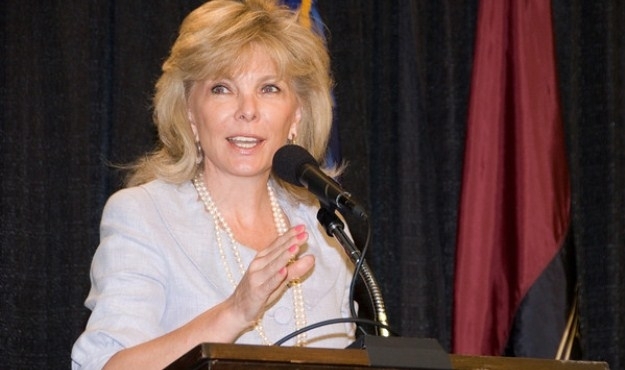 (Reuters) – Augusta National Golf Club, home of the Masters golf tournament, finally ended an all-male policy that had endured for 80 years when it announced on Monday that two women would be admitted as members for the first time.

Former U.S. Secretary of State Condoleezza Rice and financier Darla Moore will become the first women to don the renowned green jackets when the Augusta, Georgia, club re-opens for a new season in October.

Augusta National’s male-only status has drawn criticism for years. Ahead of this year’s Masters tournament in April, President Barack Obama weighed in on the matter, saying through a spokesman that he believed women should be admitted.

“This is a joyous occasion as we enthusiastically welcome Secretary Condoleezza Rice and Darla Moore as members of Augusta National Golf Club,” Billy Payne, the club’s chairman, said in a statement.

Payne, who has refused in the past to speak publicly about membership matters, did not directly address the gender bar issue in his statement, saying only that it was a “significant and positive time” for the club and that Rice and Moore were subjected to the same review as other candidates.

“Consideration with regard to any candidate is deliberate, held in strict confidence and always takes place over an extended period of time,” Payne said. “The process for Condoleezza and Darla was no different.”

Obama had increased the pressure on Augusta National when he said in April that the club should admit women as members.

“He welcomes this development, thinks it was too long in coming but obviously believes it’s the right thing to do,” White House spokesman Jay Carney told a news briefing on Monday.

Rice, recently appointed to the U.S. Golf Association’s nominating committee, said in a statement: “I have visited Augusta National on several occasions and look forward to playing golf, renewing friendships and forming new ones through this very special opportunity.”

Rice, 57, was national security adviser under former President George W. Bush before becoming the first black female secretary of state in his second term. In 2010, she became a faculty member of the Stanford Graduate School of Business and a director of its global center for business and the economy.

Tiger Woods, who knows Rice through Stanford and became the first black player to win the Masters, with a record-shattering victory by 12 shots, in 1997, said: “I think the decision by the Augusta National membership is important to golf.

“The club continues to demonstrate its commitment to impacting the game in positive ways. I would like to congratulate both new members, especially my friend Condi Rice.”

Moore, 58, received an MBA from George Washington University and by the early 1990s had become the highest-paid woman in banking. She is a partner of the private investment firm Rainwater, Inc., which was founded by her husband, Richard Rainwater.

“I am fortunate to have many friends who are members at Augusta National, so to be asked to join them as a member represents a very happy and important occasion in my life,” Moore said in a statement.

Moore is a long-time friend of William “Hootie” Johnson, Augusta National’s former chairman, and they share a South Carolina background and careers in banking.

“This is wonderful news for Augusta National Golf Club and I could not be more pleased,” Johnson said in a statement to South Carolina’s The State newspaper. “Darla Moore is my good friend, and I know she and Condoleezza Rice will enjoy the club as much as I have.”

“At a time when women represent one of the fastest growing segments in both playing and following the game of golf, this sends a positive and inclusive message for our sport,” he said in a statement.

Augusta National’s membership policy has been an issue for years, most notably a decade ago when Martha Burk of the National Council of Women’s Organizations led a series of protests that prompted a heated war of words with Augusta’s then-chairman Johnson.

“There may well come a day when women will be invited to join our membership, but that timetable will be ours, and not at the point of a bayonet,” Johnson declared at the time.

IBM, the world’s largest technology services company, is a long-standing sponsor of the Masters, the first of the four “major” golf tournaments of the year, and its past four CEOs were granted membership to Augusta National. Rometty, however, was not included in Monday’s announcement of new members.

Augusta’s invitation-only membership has been steeped in secrecy since the club opened in 1932. Prior to Monday’s ground-breaking announcement, women were allowed to play the course only if invited by a member.

The club does not reveal its full list of members, believed to be around 300, although it is known that some of the most powerful men from industry and finance, including Bill Gates and Warren Buffett, are members.

It was not until 1990 that Augusta National invited its first black member, businessman Ron Townsend, following accusations of racial discrimination at the whites-only Shoal Creek club in Alabama that was selected to host the PGA Championship, another of the four major tournaments.

IBM joined other sponsors in putting pressure on Shoal Creek by pulling its television advertisements.

Spread the love
2012-08-24
Previous Post: Signed, Sealed, and Delivered – Handwrite a letter to someone
Next Post: From Homeless to Harvard