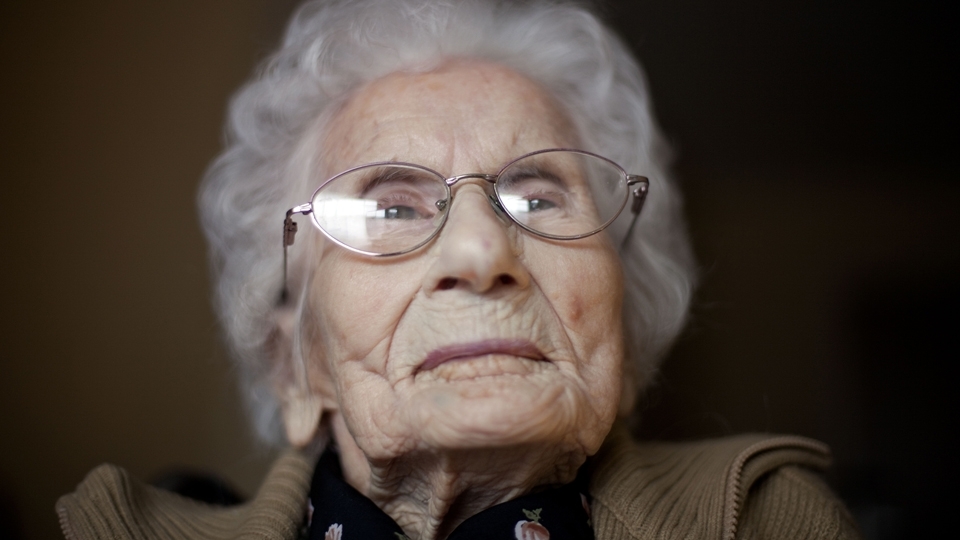 Besse Cooper of Monroe, Georgia had her birthday on Sunday. But this wasn’t just any old birthday. She turned 116, making her the oldest person in world. NBC notes that Besse Cooper is only the eighth person to reach this age and the fourth American to do so.

Born in 1896, she lived through the entire 20th century and settled in Georgia during World War I where she worked as a teacher at the school in the small town of Between, and married her husband in 1924. She had four children with her husband who passed away in 1963.

Mrs. Cooper had few words for those who asked her about her longevity, simply stating, “I mind my own business… And I don’t eat junk food.”

Along with a plaque presented by the Guinness World Records, Mrs. Cooper was presented with a colorful cake and surrounded by friends and family. Last Friday, officials in Walton County, where Besse Cooper has lived and worked for decades, named a bridge in honor of her.

Her son, Sidney Cooper, told reporters, “She acknowledged it and seemed to be pleased,… We’re all very pleased by it. We think it’s really great and we are very appreciative to the county for it.”

The mayor of Between, Polly Gasstrom, told the Walton Tribune the bridge is a marker of the small town’s changing facade and a great way to put Between, with only 296 residents, on the map. She told reporters, “Besse is such a sweet woman. I have had a chance to talk to her, hear her stories, and if we are going to be put on the map, she is a great reason.”

The bridge has now been officially opened for traffic, although Besse Cooper couldn’t be there for the dedication ceremony on Friday. She said she was glad that she gave organizers a reason to name the bridge.