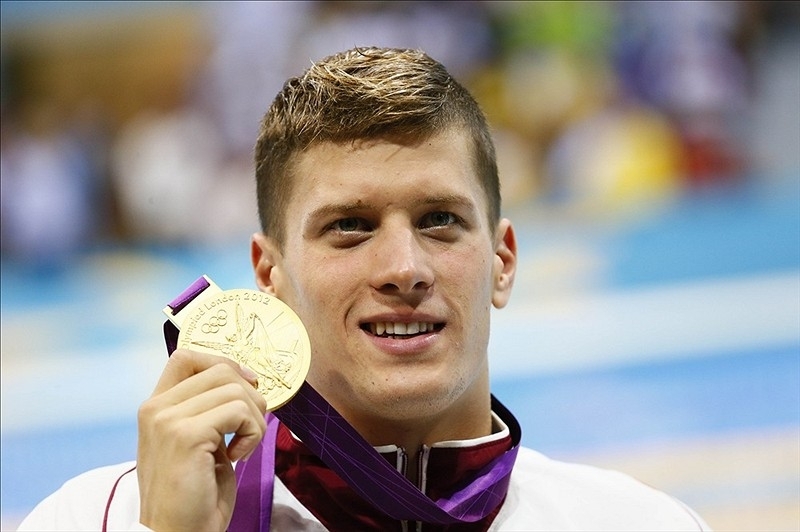 Hungary’s 200m breaststroke champion Daniel Gyurta has revealed he will have a copy of his gold medal made in memory of the former world champion Alexander Dale Oen.

Dale Oen, who was from Norway, died at the age of 26 earlier this year from a rare heart disease while at a training camp in Arizona.

The Norwegian had won the 100m breaststroke at the world championships less than a year earlier and was one of the favourites in the 100m and 200m events for the Olympics.

Gyurta told Hungarian reporters on Friday that he will send a copy of his gold medal to Dale Oen’s relatives.

“We became very good friends this year,” Gyurta said. “I’m sure that he would have won the 100 here in London. This is the least I can do to pay respect to my friend.”

Bjorn Soleng, the General Secretary of the Norwegian Swimming Federation, said on behalf of the family that he is sure they will appreciate the gesture very much.

South African Cameron van der Burgh, who took out the 100m event, dedicated his swim to Dale Oen. Dale Oen became a hero in Norway after dedicating his world championship win to the 77 people killed in last year’s massacre by Anders Breivik.

“Daniel Gyurta to have gold medal made to honour Alexander Dale Oen” The Guardian. 6 August 2012. Web.

Spread the love
2012-09-03
Previous Post: Restaurant gives discounts for those who unplug
Next Post: We’re NASA and we know it: Parody fan video an online hit