We’re NASA and we know it: Parody fan video an online hit 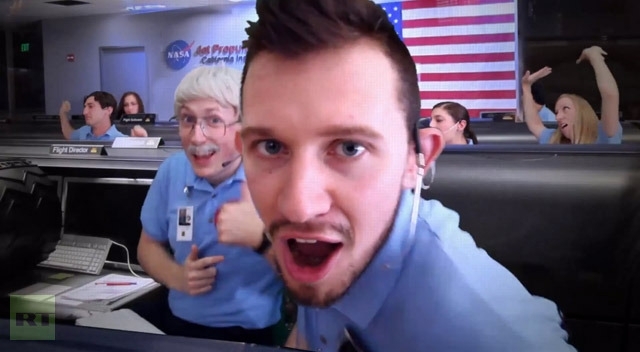 Bikini-clad girls dancing on Mars with boxes on their heads, combined with some real footage from outer space. It’s a NASA parody music video making the rounds online, and it’s a bit hit at the US space agency.

The Satire band of enthusiasts, led by director Forest Gibson and performer David Hudson, re-mastered LMFAO’s hit song Sexy and I Know It into We’re NASA and We Know It, and accompanied it with some truly funny shots.

And it wasn’t just the song’s title that was adjusted to a NASA theme. The performers also rewrote the lyrics.

“When I EDL, time for seven minutes of flaming hell, Rover’s touching down everybody passing peanuts around, yeah,” David Hudson raps.

The parody uploaded to YouTube has already scooped several thousands of views, and NASA even posted about the parody on their Twitter, telling readers to “Take a look at ‘We’re NASA and we know it!’”

The chorus of the song calls to “Crane lower that rover” before the bottom line states “We’re NASA and we know it.””This fan-made video is awesome (and I know it),” the Twitter of the Curiosity Rover commented.Thomas Callahan