Baseball player gets a second chance 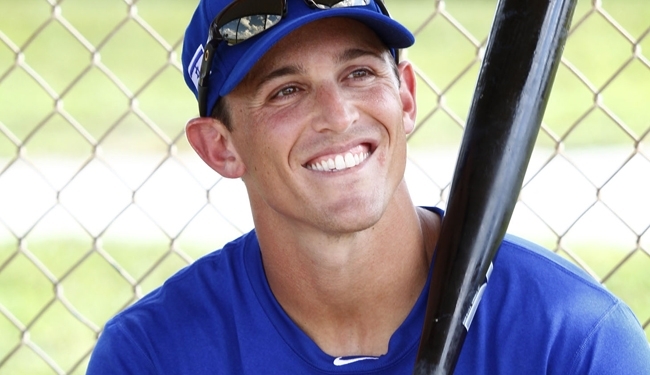 Most of us as kids only had dreams of playing a professional sport growing up, but to some it becomes a
reality. So can you imagine working so hard your entire life finally getting that opportunity, and then it
gets taken away just as fast. That happened to Chicago Cubs Rookie Adam Greenberg, who at the time
was 24, and entering his first major league at bat. On the first pitch Greenberg was hit in the head with
the ball, and his career was over just like that. Greenberg struggled to walk in months to come, and
suffered from ongoing concussion symptoms, but that didn’t stop him. He worked hard over the years
playing ball oversees, and eventually almost getting back to his form that got him to the big leagues.

An independent filmmaker Matt Liston who is also one diehard Cubs fan decided to start a “One At-
Bat” campaign in honor of Adam Greenberg trying to get him his major league swing that he most
definitely deserved. Despite a viral video, national media attention and almost 25,000 signatures on
an online petition, the Cubs said thanks but no thanks. A difficult roadblock was that MLB teams were
not allowed to give one-day contracts to players, but baseball commissioner Bud Selig eventually gave
his approval to bend the rules. Now at 31 yrs old, Adam Greenberg will get his shot ironically with the
team that ended his career. The Miami Marlins received approval from MLB to give Greenberg a plate
appearance Tuesday October 2nd, during Miami’s home game against the New York Mets.

Obviously this is a dream come true for Adam, and we at Good World News wish him the best!