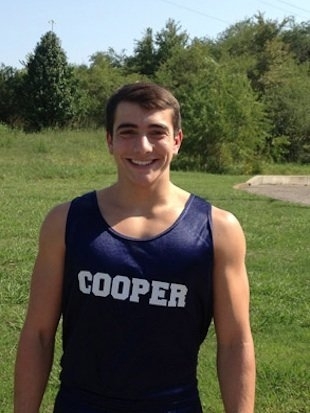 Sometimes there are more important things than the race.  This is probably a valuable lesson to take throughout life.  There will be times when you are so prepared and so focused on a goal that is within site, but you will need to take care of something else that has a greater immediate need.

Meet Seth Goldstein, the hero of this story.  He is a student by day, lifeguard on the weekends, and saves lives during cross country meets :).  Seth was running as fast as he could and he was gaining speed on the lead pack.  He was nearing the end of the race when one of his competitors collapsed in front of him.  The fallen competitor was bleeding out of his mouth and his eyes started rolling in the back of his head.

Seth took action and knew exactly what to do.  At this point, the race was meaningless.  The only thing on his mind was saving this young man’s life.  Goldstein rolled the man on his side so he wouldn’t choke on his own blood.

Jessica Chandler, one of the parents who witnessed the whole scene commented, “Honestly, I was in shock.  But this guy [Seth Goldstein] was taking complete control. He was like, ‘You — call 911. You — go get some ice.’ He turned him on his side. I thought he was a parent or an EMT.”

It turns out that the young boy had suffered from a heat induced seizure and had bitten his tongue.  Thanks to Seth the boy ended up being OK.  Once the paramedics arrived, Seth got up and asked if he could finish the race!  “The EMTs looked at me kind of funny,” Goldstein said. “They’re like, ‘You’re racing? Well, sure, go ahead. I guess you can finish the race.”

“Everyone was clapping for me, like I was the chunky kid who couldn’t finish. They were all cheering and saying, ‘You can do it!’ I’m thinking, ‘C’mon, man!'”

Seth, you are the Good World News hero of the day!  This is GREAT news!

Spread the love
2012-10-10
Previous Post: Former Navy SEAL gets a fresh pair of lungs and raises money for charity
Next Post: A picture that will make you smile :)