Emmanuelle Chriqui stands up for human rights in the Congo 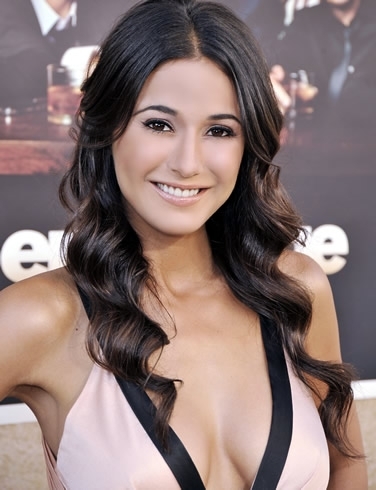 Emmanuelle Chriqui, aka “Sloan” (for all of you Entourage fans), is showing the world that there is a very large heart along with that big smile of hers.  She has taken many steps to help stop the violence in the Democratic Republic of the Congo.

Since the “Second Congo War” began in 1998, 5.4 million lives have been lost.  Violence continues in spite of peace accords in 2003.  A war that once began for political reasons has now turned to fighting for money.  As with many African countries, outside countries take advantage of the weak nation and the civilians end up getting hurt.

The Good News is that people like Emmanuelle are starting to make an impact.  She has teamed up with the JewelMint group to curate the “Mumbai Bracelet“.  Chriqui donates 50% of the jewelery proceeds to “Raise Hope for Congo“, a campaign by the Enough Project which aims to end the human rights violations in the Congo.  Emmanuelle also signed a petition at Change.org urging Apple CEO, Tim Cook, to make an Apple product that uses conflict-free minerals from eastern Congo.  The petition currently has over 67,000 signatures!  Emmanuelle frequently speaks out on the topic to raise awareness.

As technology continues to connect each part of the world together, the beautiful Earth that we live on becomes smaller and smaller.  Every choice that we make can easily affect many others.  It is so so beautiful to know that there are good & genuine people that truly want to make this a better place to live in.  Each and every one of us can make that difference in someone’s life.

Thank you Emmanuelle for helping the wonderful people in the Congo and for inspiring others to follow suit!