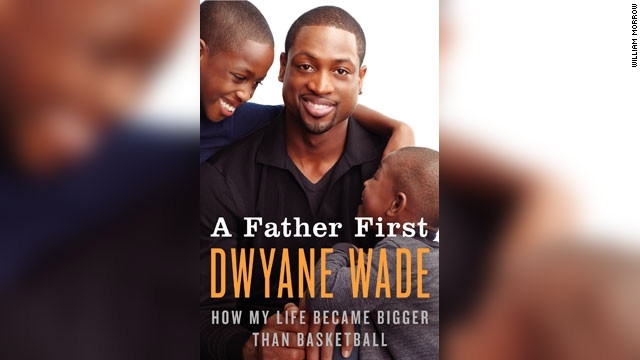 Many see Dwayne Wade as a man that has it all – NBA Championship, amazing basketball career, fame and fortune.  But the most precious thing in his entire life is his family.  His new autobiography is titled, “Father First. How my life became bigger than basketball”.

The book describes how Wade didn’t have it easy growing up in the south side of Chicago.  He was living with his drugged addicted mother in a dangerous neighborhood.  His older sister knew she needed to get Wade out of the situation and brought him to his father in Robbins, IL.  “My father stepped up,” Wade states. “I’m successful today because my father stepped up.”

Dwayne Wade’s life turned around and now he is the successful man you see today.  His mother made an even larger turn-around!  His mother, Jolinda Wade, is now a pastor in Chicago and is completely drug-free!  She also runs a community center, Barrier Breakdown Transformed, which helps those in need.

Wade’s life is a wonderful story and really puts in prospective what is important in life.