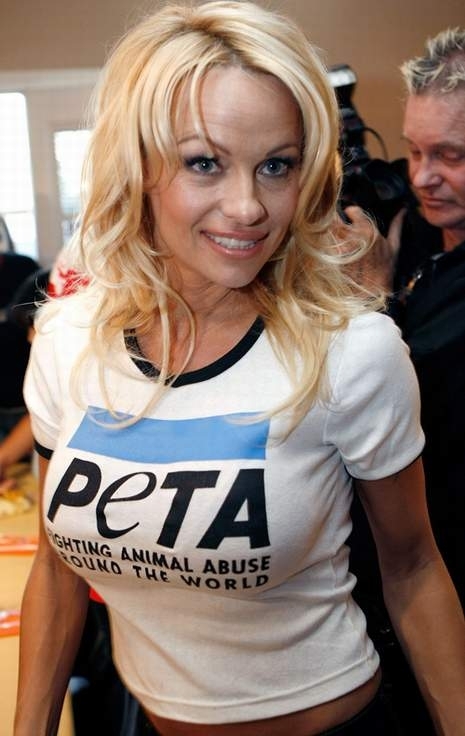 Good News – The Baywatch supermodel, Pamela Anderson has made another rescue!!  She has been an avid animal supporter since her youth.  Now a vegan, Pamela was only in her early teens when she became vegetarian.  The blonde beauty actively campaigns and poses for the animal protection organization People for the Ethical Treatment of Animals (PETA).   She is definitely showing that she has a big heart!

So how did she end up saving a homeless dog in India?  We are guessing that she ran through India in slow motion wearing that red lifeguard outfit and scooped the cute little canine up in her arms and boarded the first plane back to The States.  In actuality, she first discovered all of the homeless dogs in India during a promotional trip and asked one of her PETA India peers to help her adopt one.  They found an adorable dog at a construction site in Mumbai.  Pamela has named her Pyari.

Pamela Anderson states: “I’m thrilled to be able to give Pyari a loving home. I already have rescued dogs, and I urge everyone to join me in adopting a homeless dog from their local animal shelter or the streets instead of buying a so-called ‘pedigree’.”

Great work Pamela!  We are proud of you at Good World News!