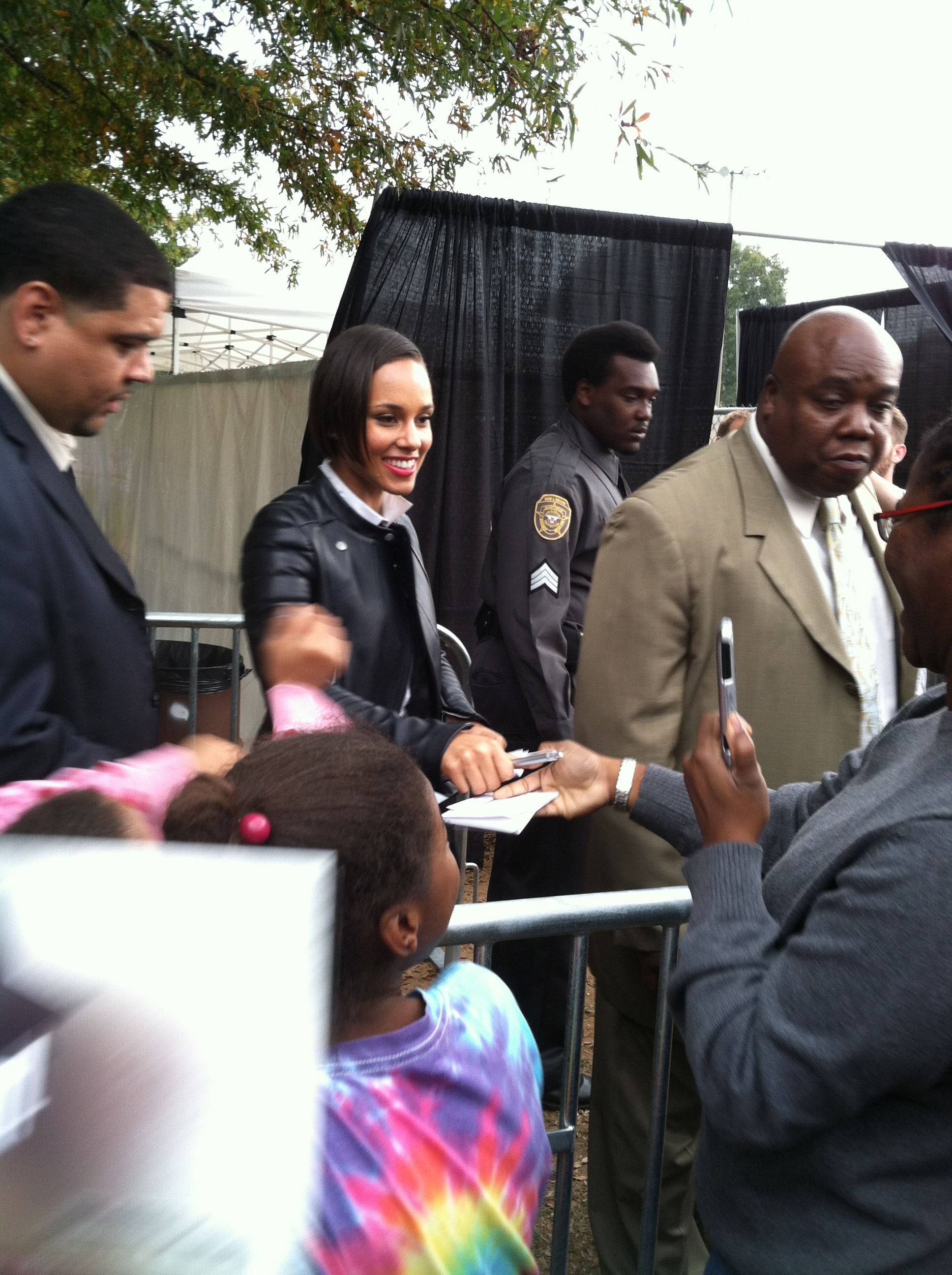 Alicia Keys undoubtedly has one of the most beautiful voices on the planet, but she really inspired the Raleigh, NC crowd when she told everyone that they each have an important voice by voting.  Hundreds came out to Chavis Park in downtown Raleigh, NC to see Alicia Keys and turn in their early vote.

The Grammy winner stated that Obama won North Carolina few votes in 2008 which shows that every single person can make a difference.  Alicia is a great role model for so many individuals.  Everyone really appreciated a busy celebrity taking the time to speak to a crowd and encourage them to show their voice and vote!

After Alicia’s speech, downtown Raleigh was Fired Up and Ready to Go!!!

Thank you Alicia Keys for coming to Raleigh and inspiring everyone!  It is really appreciated.