By: Jeremy
In: Business
Tagged: longevity 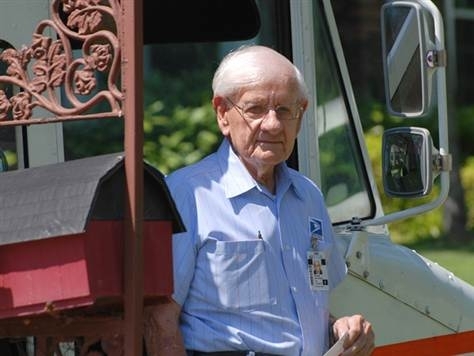 He has a work ethic that is any company’s dream.  Morris Wilkinson, 91, is always on time, never calls in sick, and is always sharply dressed and ready to go!  “He’s a good one,” Tommy Morrison, Wilkinson’s supervisor states. “He’s always on time, and he never calls in sick. His shirts and pants are always pressed — no wrinkles — and his shoes are shined just like when he was in the Marines.”  His work ethic may have started when he joined the marines in the 1940’s.

Morris has always driven the same route in Birmingham, Alabama and is well known in the area.  He doesn’t waste any time and ensures that his mail route is always on schedule.  “I like to stay busy,” he explained. “I don’t like to sit around and be idle”.  In fact, he would not even take an interview about his story until he clocked out!

He was recently honored for all his years of service.  “He’s working on his eighth decade of service; it’s that kind of devotion to service that keeps somebody young,” stated Joseph Breckenridge, a spokesman for the U.S. Postal Service.

“I feel much better if I get up at the regular time and get dressed and go to work,” Wilkinson said. “It ain’t normal if I don’t. If I sat around at home and didn’t do anything, I would just gain weight and be miserable.”

Spread the love
2012-11-11
Previous Post: RB stops on 1 yard line to set up TD run for teammate who lost father
Next Post: Window washers dress as superheroes for kids at children’s hospital