Couple gets laid off from jobs and win $1 million jackpot 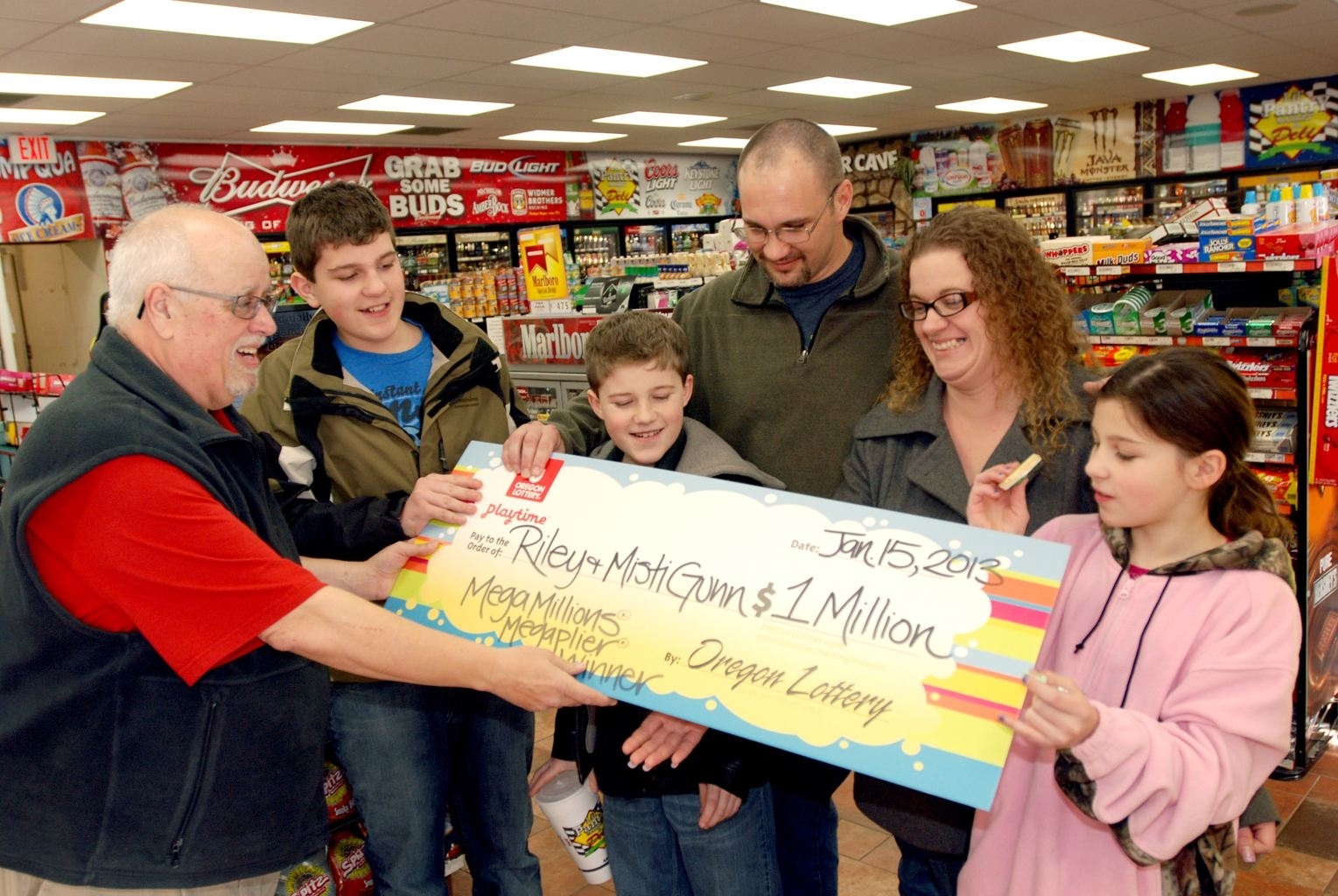 Times were getting difficult to Riley Gunn, his wife Misti and their three kids.  Riley got laid off from his job as a project manager for a telecom company in Reno, Nevada and Misti lost her job as a customer service representative for a software company.

Reno became too expensive, so Misti’s sister let them stay in a one room cabin that she owned in Wolf Creek.  The couple registered for classes at Rogue Community College to get their degrees and help them get back on the job market.

They were on their way back to the cabin when they stopped in a small store in  Merlin, Oregon to get something to eat.  Even though they didn’t have much money, Riley secretly spent $16 on lottery tickets – he knew his wife would NOT approve.

Their small gamble worked out because they won the $1 million jackpot!  They had to borrow some money from friends to afford the 200 mile trip to the Oregon Lottery Headquarters, but I’m sure they had no problem paying them back with their $670,000 lump sum payout.

What did the couple do with the money?  They immediately donated 10% to their church.

“You give back to God what he is giving to you,” Riley said.

Then they purchased to brand new Jeeps and put a bid on a house.  Riley plans to use the rest of the funds to start his own business.

“It’s going to change my life,” Misti said with tears forming . “Living off nothing is just very hard.”

Spread the love
2013-01-17
Previous Post: 26 year old survives brain cancer and has no trace of the disease
Next Post: NC State basketball star C.J. Leslie saves a life after upset victory over Duke