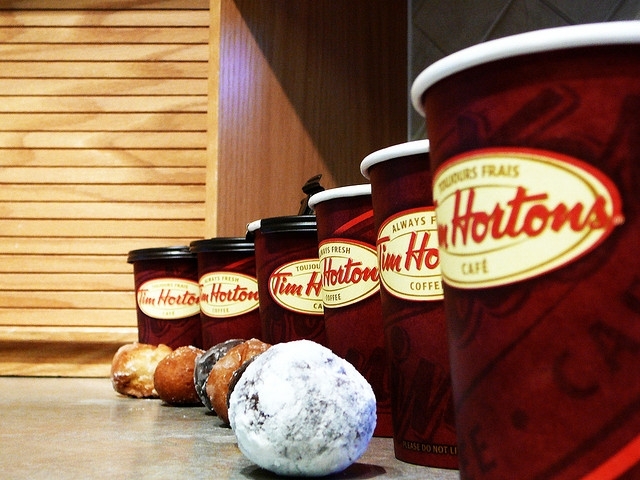 A random act of kindness went on for hours at a Tim Hortons coffee and doughnut shop in Winnipeg, Manitoba, Canada.

It was a few days before Christmas and one happy customer decided to pay for the person behind them in the drive-through.  This became contagious!  The next person paid for the next, and so on and so on.  Then customers inside the shop started catching on and they started paying for the customer behind them.  This went on for three hours!!

“[The staff members]were calling out the numbers, ‘We’re at 162,’ and they made a really big deal of it,” the manager, Troy Thompson stated. “I think that’s what helped keep it going because nobody wanted to be the one who broke that streak.”

How awesome is that?!!  Way to pay it forward!