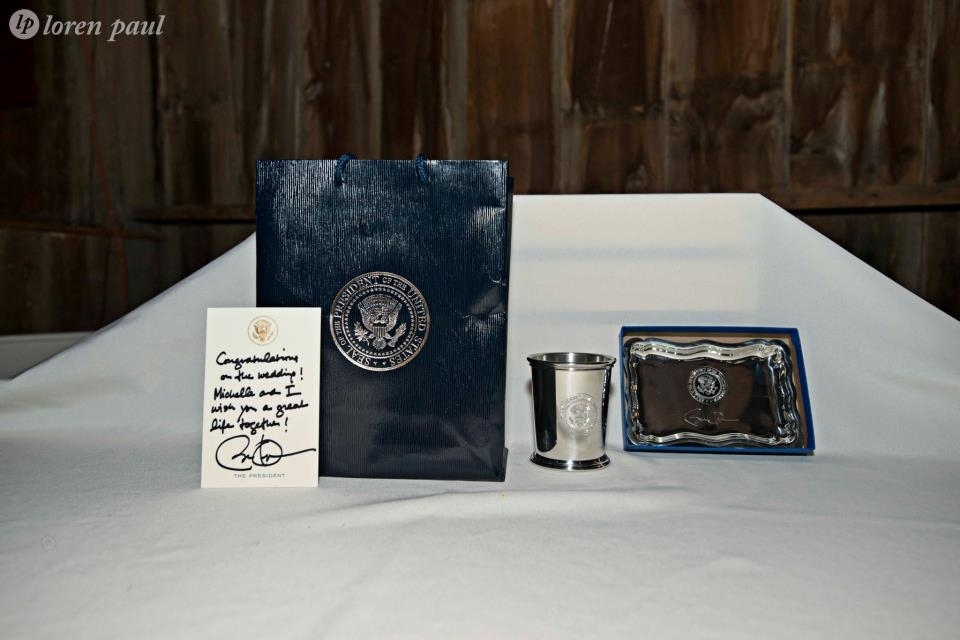 Who better to crash your wedding than the President of The United States?!  Hard to believe?  Well this is what happened to Jon and Sayli Gibbs during their wedding in 2012.

Jon and Sayli were all ready to tie the knot at the Living History Farms in Urbandale, Iowa on September 1st.  One week before their big day, the couple was informed that President Barack Obama was going to hold a last-minute rally at the same place on the same day!

Luckily, the President’s large rally ended an hour before the wedding.  The crowd cleared out and made way for the bride and groom.  Jon and Sayli were incredibly surprised to receive a handwritten note from the busiest man on the planet and several presidential gifts.

The note read: “Congratulations on the wedding! Michelle and I wish you a great life together! – Barack Obama”

The gifts included a silver cup, silver tray, and a bag with the official seal of the President.

Now that is a gift and day that this couple will never forget!