Update on homeless man who returned engagement ring – $160,000 in support

By: Jeremy
In: Lifestyle
Tagged: pay it forward 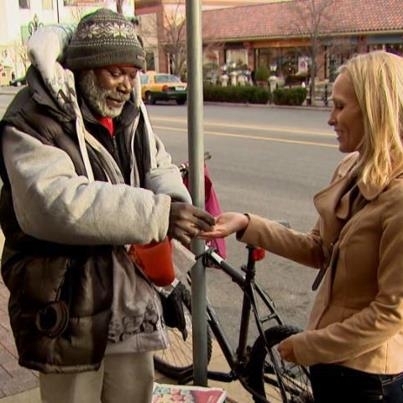 As if this story could not get any better for Billy Ray Harris, the homeless man who returned an engagement ring that Sarah Darling accidentally dropped in his cup.  We originally reported on this story last week.

We mentioned how Sarah was reunited with her ring, Billy Ray received lots of support from around the U.S., and he heard from his long lost sister who saw him on the news.

The story gets even better. Sarah’s husband created an online fundraiser for Billy Ray at GiveForward and within a few weeks it has reached nearly $160,000!!

“The idea was maybe to come up with a couple hundred dollars, something nice for him,” Sarah’s husband Bill Krejci said. “But now we’re talking about an amount that could really make a difference.”

Honesty really does pay off!

Spread the love
2013-02-27
Previous Post: Couple chooses to live without money
Next Post: World’s oldest marathon runner finishes race at the age of 101