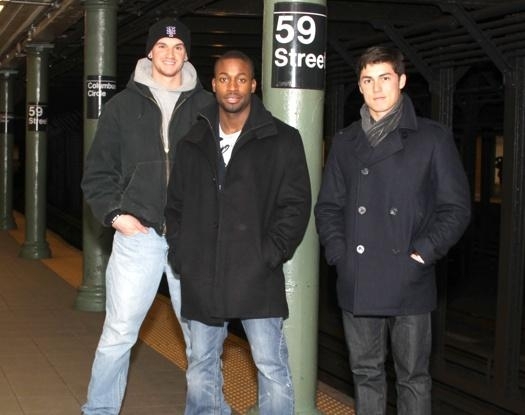 Heroes are defined by their actions in unpredictable circumstances.  Three heroes emerged in NYC when a drunken man stumbled and fell onto the subway tracks and remained unconscious.

Garrett O’Hanlon, a U.S. Air Force cadet immediately jumped onto the tracks and began to hoist the unconscious man up.  He couldn’t lift him on his own, but he was quickly joined by two others – Dennis Codrington and Matt Foley.

“The people on the platform were pulling him up, pulling us up, it was like collaboration of teamwork,” Garrett remembers.

They definitely saved a man’s life that day.  This is one good deed that they will never forget!