By: The Good World News Team
In: Lifestyle
Tagged: education 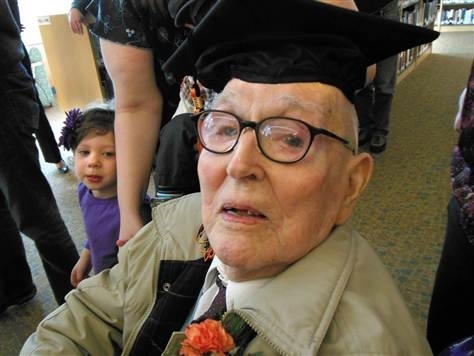 Fred Butler always stressed the importance of education to his children and grandchildren.

“He would give his grandchildren $5 if they got an A to motivate them. Education was very big to him,” his son said.

Unfortunately, Fred himself never had the opportunity to receive an education because he dropped out to support his mother and siblings.  After dropping out in the 8th grade, he worked at a print shop, bowling ally, served in World War II, then worked in the city’s water department until retirement.

All of that hard work and wisdom that he obtained over a century paid off recently.  He received an honorary degree from Beverly High School in Beverly, Massachusetts!  On top of that, the city’s mayor, Bill Scanlon, declared March 4th “Frederick J. Butler Day”!!