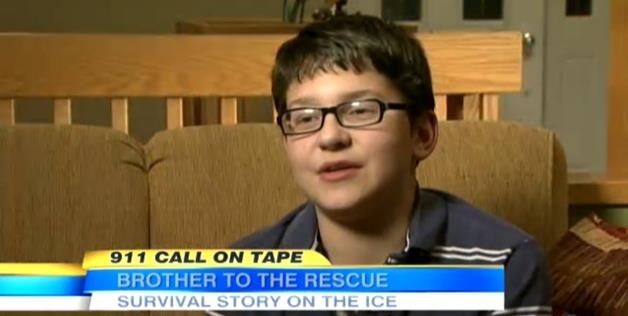 Split seconds are where heroes are made.  Tony Buuck, a 12 year old from Indiana made a split decision that saved his sister’s life.

He heard his sister, Sammy, scream as she fell in the pond.  Tony immediately ran towards the pond and raced across the ice.  He grabbed her, but fell in as well.  Their father, Dale, ran onto the pond to help and he fell in, but managed to swim to shore.

Soon they were all on shore and Tony immediately called 911 as his sister was unconscious.

The EMS revived Sammy and now Tony is being hailed as a hero.

“…I think a lot of people wouldn’t have done it. I don’t want to have all the glory and stuff,” Tony said.