Man and dog save two lives 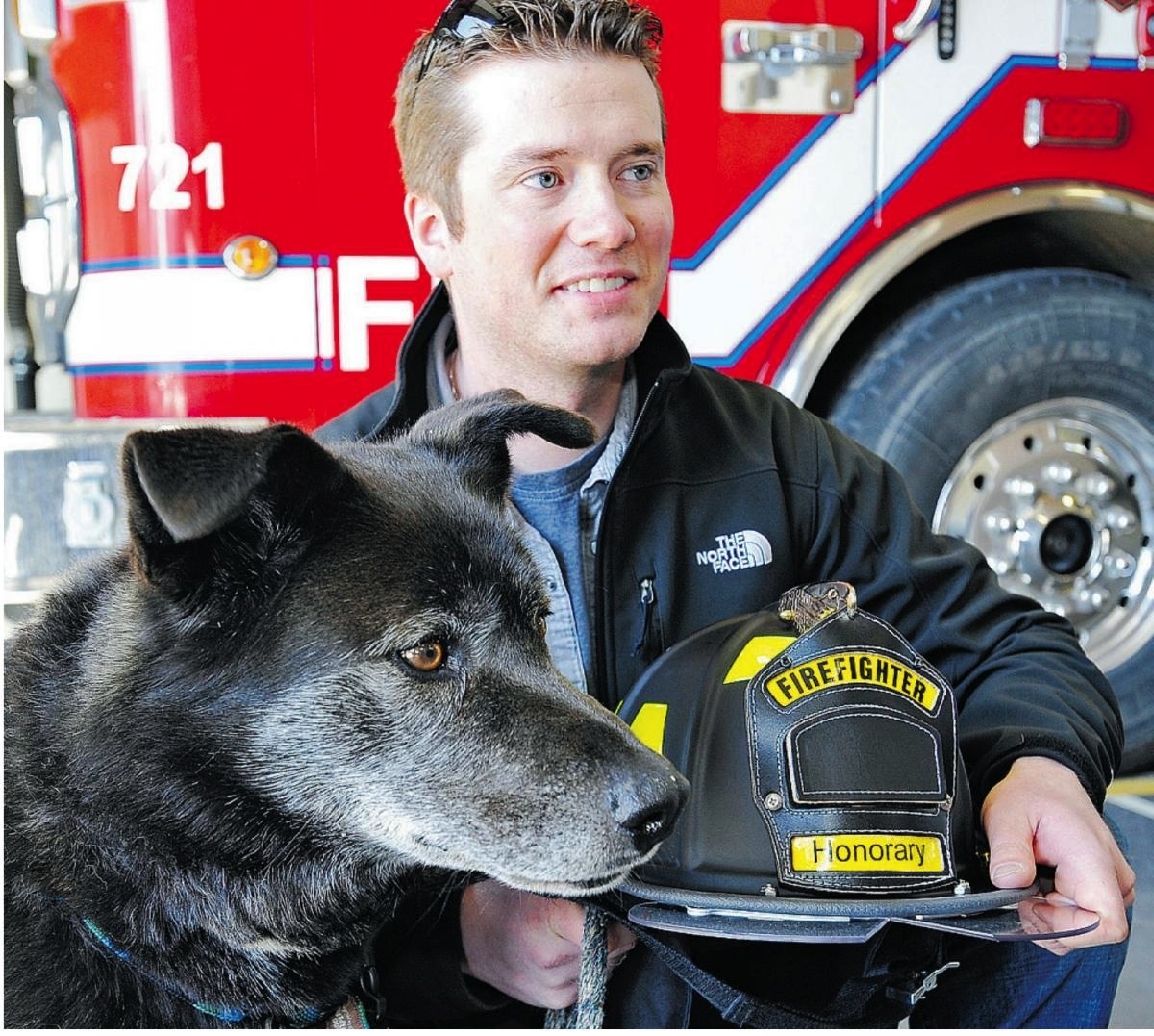 A Hero is defined as a person who has heroic qualities or has performed a heroic act. On this day, a dog and its owner are praised as true heroes.
Two girls were tobogganing in a riverside park when they found themselves on a sheet of ice extending from the riverbank.  Adam Shaw was walking on a bridge with his dog when he heard the screams from the girls.  One girl had fallen in the water and the other was trying to help her up.  When Shaw finally arrived on the scene, both girls were in the water.
Shaw was able to pull one girl out, but the other had drifted out of reach.  He acted quickly by tying the leash to the dog, and the the dog jumped in the water.  The girl managed to get both hands on the dog “Rocky”, and Shaw called for him.  Rocky swam to Shaw with the girl holding on tight.
Rocky and Shaw were both honored at a local fire station, and we are glad to say that the girls are both home safe.  Thank you Rocky and Shaw for your heroic acts!
Have a great day, and may the Good News be yours,
Jeremy
Spread the love
2013-04-04
Previous Post: Fall in love for life – a book from a couple’s 73 year marriage
Next Post: Dad hacks Donkey Kong to put his daughter in the video game