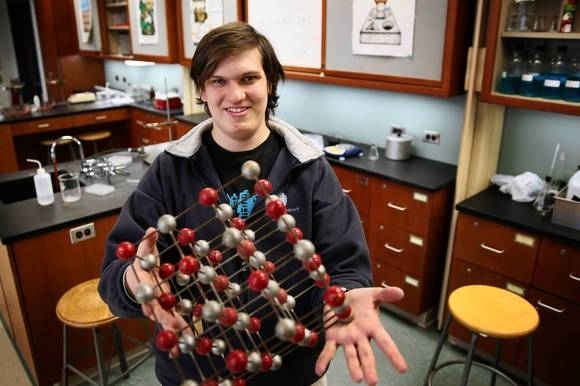 Lane Gunderman, 18, has come a long way.  He was one of the finalists in one of the nation’s most renowned science competitions (winning him $8,500) AND he received a full ride to Stanford University!

It’s hard to believe that only six years ago, Lane and his family were living in homeless shelters.  Now Lane is on the up and up 🙂

His former physics teacher, David Derbes, speaks highly of him stating, “He wants to know stuff, master stuff. And he has an actual ability at it.”

Spread the love
2013-04-13
Previous Post: 14 year old newspaper boy changes woman’s life during delivery
Next Post: Girl recovers and is back in school after being attacked by Taliban