By: The Good World News Team
In: Sports
Tagged: NFL 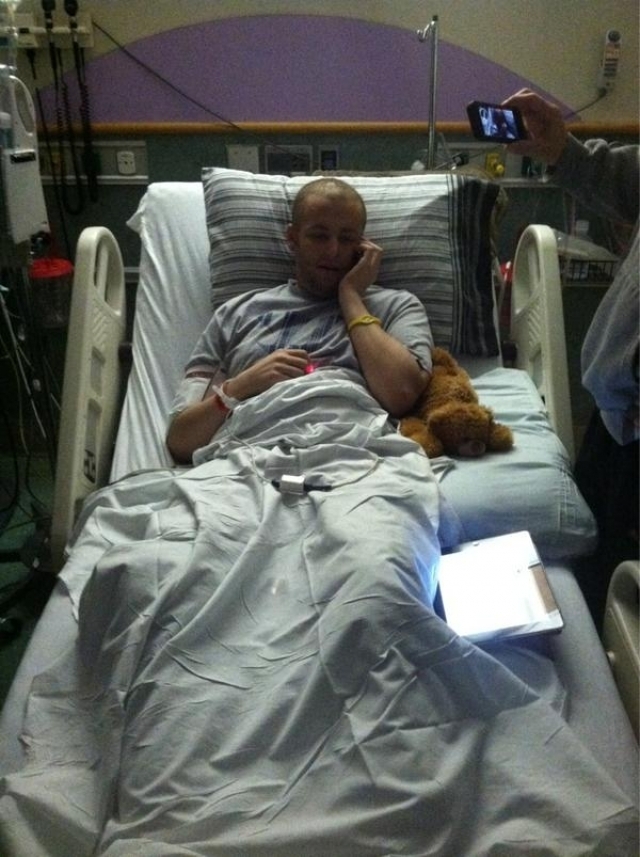 It’s a magical moment when you see someone’s positive wish come true.  This is the case for Blake Cognata, a 17 year old Fairport High School student who’s wish was to receive a call from his inspiration and role model Adrian Peterson.

Blake had to stop playing football and lacrosse because he has cancer.  He has an incredible support team of family and friends.  When Blake had to go to the hospital, his friends starting trying to get in touch with Adrian Peterson through Twitter.  They started tweeting #APCallBlake.

News quickly spread and within 90 minutes, Blake received a phone call from the legendary running back himself!

Blake’s mom said that she heard her son say, “Can I ask who’s calling? For real? Oh, my gosh, I can’t believe you called me.'”

The two chatted for 5 minutes.  Adrian told Blake to never give up and also gave the 17 year old his personal cell phone number and said to call anytime he wanted to talk to someone!

Spread the love
2013-04-16
Previous Post: Girl recovers and is back in school after being attacked by Taliban
Next Post: Disco Biscuits band raises money for charity