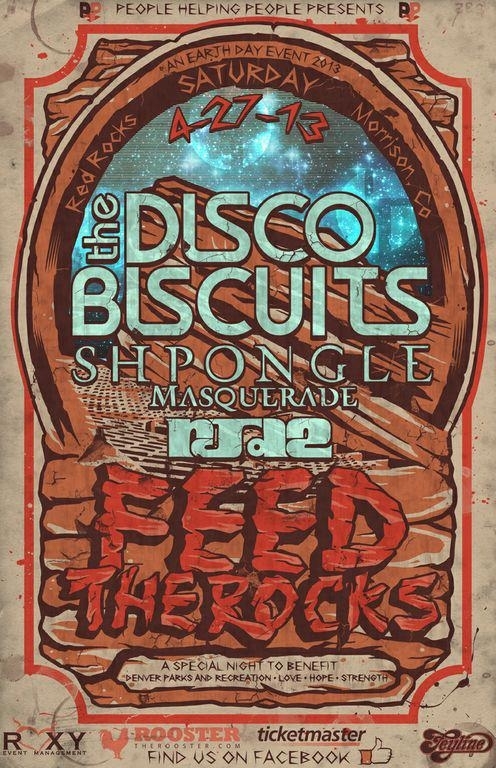 Only 20 minutes after tickets went on sale, the Disco Biscuits sold out tickets to their “Feed the Rocks” Earth Day benefit show on April 27th, 2013!  The show will raise money for Denver’s Parks and Rec in addition to the Love, Hope, and Strength Foundation – a music cancer charity organization.

The band has a strong following and it’s wonderful to see them supporting such great causes.  Charity is nothing new to the Disco Biscuits.  Last year, bassist and founder Marc Brownstein, led the efforts to raise roughly $10,000 for Hurricane Sandy relief funds.