8 year old with cancer plays soccer with the pros 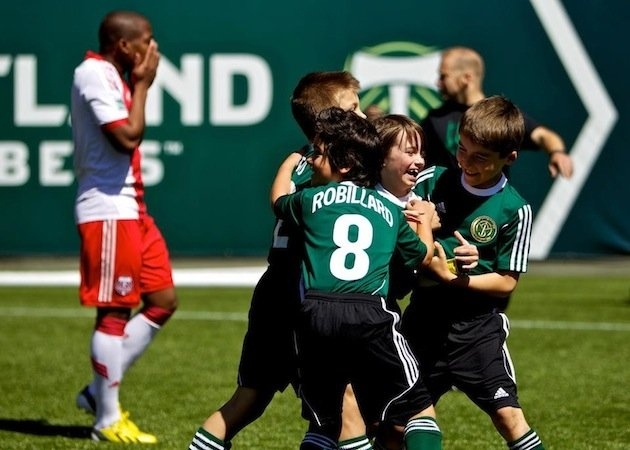 The Make-A-Wish foundation truly does some amazing things to make kids dreams come true. 8 year-old Atticus Lane-Dupree learned he had cancer last year, but that didn’t deter him from playing the game he loves.

The Make-A-Wish Foundation organized a soccer game between a team of 8-year-olds, and the MLS Portland Timbers.

Not only did Atticus Lane-Dupre’s team beat the Timbers, but he scored 4 goals! The video is amazing as 3,000 fans cheered the kids on.

We at Good World News wish Atticus well in his fight against cancer, and also keep your dreams alive maybe one day we will be watching him as well on the Timbers!

Have a great day, and let the Good News be Yours!

Spread the love
2013-05-09
Previous Post: Josh Hamilton gives fan an unforgettable autograph
Next Post: After 51 years of marriage, couple goes to college together