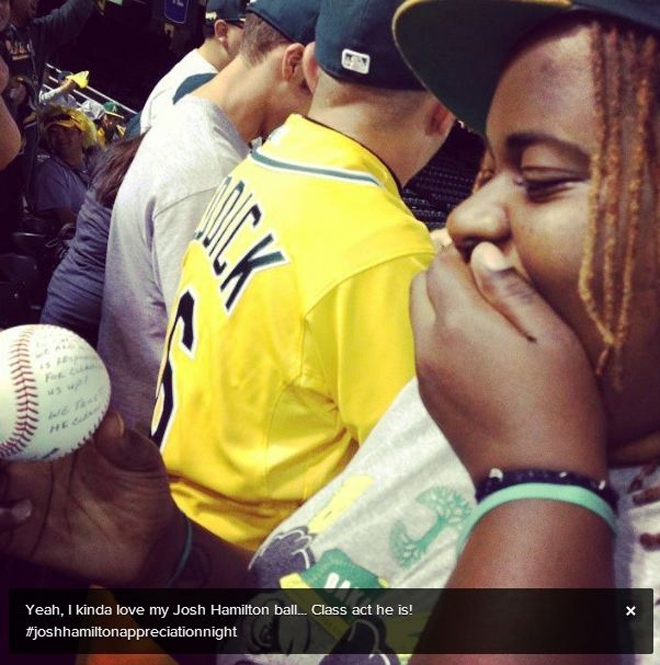 Josh Hamilton is known for his interaction with his fans, but on this day he took it one step further.  Hamilton signed a ball for an excited fan during a game between the Angels and A’s which in itself is awesome for a fan.  He also added a message on the ball which read “Your hair is awesome” :-).  The fans reaction is priceless.

Have a great day, and let the good news be yours 🙂
Jeremy
Spread the love
2013-05-08
Previous Post: Father makes prom dress for daughter
Next Post: 8 year old with cancer plays soccer with the pros