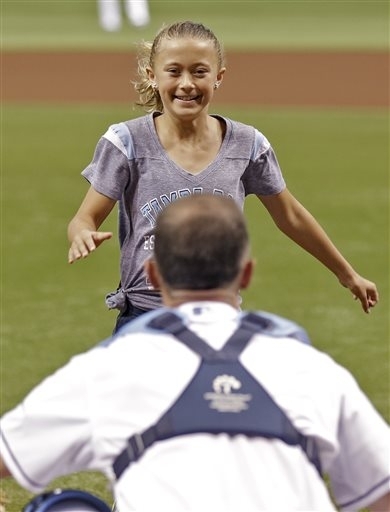 What an awesome feeling to be able to throw out the first pitch at a Major League Baseball game.

Alayna Adams was selected to throw out the first pitch at the Tampa Bay/Boston game to honor her father Lt, Col Will Adams who had been deployed in Afghanistan for the past two years.  What Alayna didn’t know, was that her father was behind the catcher’s mask waiting for her to throw him the ball.

What a beautiful moment it was when her father caught her pitch and then lifted his mask.  She instantly ran into her father’s arms, which could possibly be the greatest moment this year in sports.

Have a good day, and let the good news be yours,