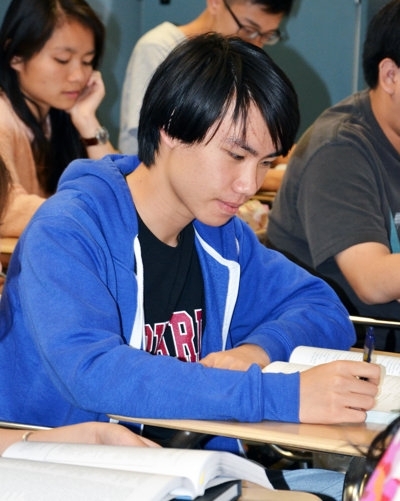 Lloyd Chen, 17, the valedictorian at Laguna Creek High School and recipient of a full ride to Harvard has overcome enormous obstacles to get to where he is today.

His family immigrated from South Korea to California when he was young.  Lloyd’s father was never in the picture, and his mother wasn’t able to work so he and his two sisters had to make it on very little.

That didn’t stop him though.  Lloyd always took school seriously and studied hard.  His dedication earned him the valedictorian designation at their high school.  While applying to colleges, he did not want to tell his life story because he didn’t want anyone to pity him.  His guidance counselor, Alycia Sato, encouraged him to describe his full story because “They need to know everything you’ve overcome.”, she said.

Lloyd applied to Harvard, Yale, MIT, Princeton, Sanford, UCLA, UC Berkeley, UC San Diego, and UC Davis…. and he was offered free rides to all of the schools!  That is nearly $3 million in scholarships.

He chose Harvard because “It’s where I felt like I could grow the most as an individual, and because, in Boston, there’s so much vitality.”

Spread the love
2013-06-27
Previous Post: DJ inspires everyone with his astonishing weight loss
Next Post: Some of the world’s best sunsets