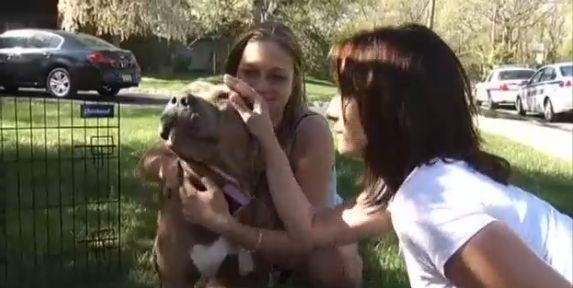 A pit bull is being hailed as a hero after saving his owner from a house fire.  Jackie Bonasera was drying her hair in her Long Island, NY home when she heard her dog, Cain, barking loudly.  When she ran downstairs, she saw that the house was on fire.  She immediately ran out of the house without injury thanks to Cain.

“He’s definitely the town hero. He’s a pit bull, too,” Jackie said. “They have such bad reps, but he’s such a good boy.”